EMUI 10, aka the skinned version of Android 10 for Huawei and Honor phones, is under heavy testing at this moment. The Chinese telecom giant opened up public beta testing initiative for a handful of devices (the list is gradually expanding) before broadly rolling out the long-anticipated update.

Matter of fact, both Huawei P30 and P30 Pro were the first phones to receive the opportunity to try out the 10th iteration of EMUI outside of lab environment. Shortly after the Chinese event, global beta recruitment went live during early September.

The OEM published a detailed changelog for the initial Android 10 based EMUI 10 beta update for P30/P30 Pro. They also shared a list of incompatible apps so that end users could verify potential issues before jumping on the bandwagon. Users started to receive the beta update a few weeks after the announcement.

However, many P30/P30 Pro owners faced a bizarre issue with SafetyNet failing after installing the beta builds. We have seen similar glitches with Huawei P20 series before, and looks like Huawei has brought the same chaos once again.

The OEM issued the following statement regarding the bug:

Usually for the sake of beta testing, Google allows vendors’ beta OS version on specific models to appear and behave as certified version/device even if this version/device combination is still in the process of being certified.

After some investigation, we found our global EMUI 10 beta version released on P30 and P30 pro in early August does not appear and behave as certified device anymore where they should be, as explained above.

EMUI10 on P30/P30 pro had been certified recently and the certified version will be available to global users in the future. In the meantime, we’re reaching out to Google to identify the cause of this issue for the current beta users and try to solve it as soon as possible.

A subsequent update, i.e. software version 10.0.0.153 reportedly fixed the SafetyNet tripping glitch. However, Huawei is pushing yet another update for P30 and P30 Pro – with the version number 10.0.0.160.

The changelog of this new beta update is pretty much generic – system performance optimization and stability improvements. It could be possible to discover some under-the-hood changes, so don’t forget to comment below after locating one.

As you can notice, the security patch level is bumped from August to September, which is the only visible change in this OTA. Cross your fingers, as Huawei is probably finalizing the stable EMUI 10 update for the phone duo. 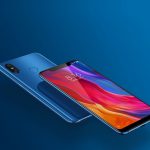