Huawei introduced the revised version of their EMUI skin, dubbed as EMUI 9.1, with the release of 2019’s P30 and P30 Pro. Both phones recently got the July security patch via 9.1.0.185 OTA, which also bundled a number of camera and fingerprint reader related fixes.

Now there is something new! According to the eagle-eyed firmware hunters, the Chinese OEM has already prepared a new build for Huawei P20 Pro with August security patches. That makes them the second company to release a stable OTA with this month’s patches ahead of Google.

It is known to us that Huawei has assembled the security bulletin of August for a while. This new firmware is yet another indicator of the same. You can find the details of the firmware below:

For the time being, users may not get this new build via HiCare or built-in FOTA app. There are several ways to download the update directly from Huawei servers, but the related explanation is beyond the context of this article.

On the other hand, the latest July update for P2o (Pro) reportedly broke the SafetyNet and device certification status. As a result, several users are now stuck with Google Pay not working and similar oddities.

Obviously Huawei have only submitted 9.1.0.311(C782E3R1P9) to Google and that’s the only revision certified for use with Google

Judging from the feedback from P20 and P20 Pro owners, Huawei accidentally missed some checks while performing the mandatory certification job with Google before rolling out any kind of stable OTA.

Guess that’s the reason we are seeing the August update of Huawei P20 Pro so early. We hope P20 users will also receive a new OTA soon with the necessary fixes. 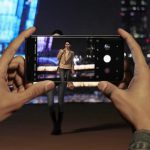 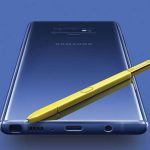