The P series from Huawei is recognised for their aesthetics and other-worldly camera performance. The Chinese OEM continues to outshine themselves in the domain of computational photography, and the latest P30 series is the perfect example of that.

The Pro variant of P30 comes with a triple rear camera setup similar to the regular version, but it also carries a dedicated Time of Flight (ToF) sensor. This module is particularly useful for capturing 3D contents and interact with augmented reality (e.g. the AR measurement tool).

Apart from a bigger battery (4,200 versus 3,650 mAh) and 40W fast charging support, Huawei P30 Pro is pretty much same as the base model. There is a ‘Lite’ variant as well, which recently got July security patch in the form of EMUI 9.1 update.

Both P30 (codename: ELE) and P30 Pro (codename: VOG) run EMUI 9.1 out of the box, and they were one of the first phones to receive features like DC Dimming via earlier OTA updates. They are reportedly getting a new incremental update which brings July security patch.

Unlike P30 Lite, which is powered by Kirin 710 SoC, P30 and P30 Pro feature a flagship level Kirin 980 chipset. Due to the internal similarities of these two phones, they share a common version number when it comes to software update.

For the same reason, the July update for P30 (Pro) is labeled as 9.1.0.185 for both phones. The size of the OTA is quite large; depending on the existing installed version, it can be as large as 4 GB! As you can see, the phone duo gets camera and fingerprint related fixes. In fact, the firmware is now widely rolled out in several European countries and users have certainly noticed the improvements.

Today I got it in baltic states. Fingerprint seems to be a little faster but I’m not sure. And phone feels smoother. For camera changing from main to telephoto transition is faster, some new options for doing video and better autofocus in my opinion. They must have done something more than just fingerprint and camera update because 4GB is pretty big update. The Chinese OEM has already published the security bulletin about August patches, thus you should eventually see a bunch of new updates for Huawei/Honor phones.

Nonetheless, keeping majority of their product portfolio up-to-date is certainly a considerable amount of work and Huawei is doing it wonderfully so far (with some obvious caveats). 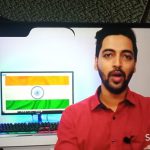