Not so long ago, recommending an LG flagship phone to any willing buyer wasn’t so hard. But that’s no longer the story today especially ever since LG started crippling their phones’ long-term appeal with slow software updates.

To back this claim, a recent Counterpoint Research ranked LG eighth on the list of top 10 smartphone vendors that take software updates seriously, just ahead of Alcatel and Tecno Mobile. This speaks volumes about the commitment of a company that competes in the same space as Samsung, which was ranked second.

Apparently, LG has only managed to update 16% of its entire smartphone repository to Android 9 Pie. For a company that pumps quite a good number of smartphones into the market every year and with the kind of resources LG has at its disposal, this isn’t such a good showing.

Some of the affected devices are the LG V30 ThinQ and its Plus variant. At the time of publishing the report, the V30 ThinQ had just started receiving the update to Android 9 Pie in Europe. The rollout has since spread out to Hong Kong, India, Australia, and even in North America.

Verizon Wireless, as it is becoming a norm with major OS upgrades, became the first to push Android Pie to the LG V30 followed by U.S. Cellular and more recently, AT&T users joined the party. Heck, even multiple Canadian carriers already rolled out the LG V30 Android Pie update.

While all this is happening, nothing concrete is coming from T-Mobile’s LG V30 camp. The company has already updated its software support page with talks of Android 10 yet the V30 duo is still running Android Oreo with a security patch that is months old.

This, as expected, isn’t going well with T-Mobile LG V30 users and many of them are already venting their anger at the Magenta carrier through various forums.

AT&T just released their Pie update for their LG V30 model. Meanwhile, T-Mobile is 7 months behind on security updates for their model. This is extremely embarrassing for T-Mobile. To make matters worse, we still have no ETA for Pie update from T-Mobile representatives. It’s as if they don’t care for their own customers. Not just in software updates, but not having an ounce of respect for their customers to give an explanation for the delay.

Yeah, but I’m not thrilled with T-Mobile at this point either. Pie has been released to them from LG (per a twitter conversation with LG Support USA) at the same time as the other carriers, they just haven’t finished their work with it and released it. They need to dedicate more support to that part of Customer Support!

What is going on here? All major US carriers and all major Canadian carriers all have it and TMobile is no where to be found. It’s ridiculous that the uncarrier is operating this way. I’ve reached out via Twitter to both LG and TMobile with zero response.

To be fair, some sort of communication from T-Mobile reassuring users of the V30 that Android Pie is still in the works could do the trick, but none has come from the Uncarrier. The best we’ve got is some shady statement from a forum moderator and an alleged T-Mobile employee on Reddit.

While the former goes on to assure T-Mobile LG V30 users that an update to Android Pie is still coming, the latter claims the update hasn’t even hit the development stage. To this end, it’s hard to pick what to believe as there doesn’t seem to be much clarity regarding this matter. But what seems to be in plain sight is that the T-Mobile LG V30 Android Pie update could take time to arrive, that is, if at all the carrier is working on it.

Speaking of which, the fact that the kernel source code for T-mobile LG V30 Android Pie 9.0 build was published in August suggests that the development is ongoing, only that the official release date is still unknown to anyone, probably including T-Mobile.

We will keep following this story and bring you any new developments regarding when to expect the T-Mobile LG V30 Android Pie update to begin rolling out. Meanwhile, do you see yourself buying another LG smartphone? Share your thoughts in the comments below.

NOTE: You can catch more LG-related stories here. We also have more coverage on Android Pie and Android 10 here and here, respectively. 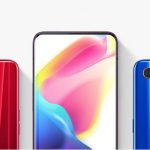