LG isn’t alien to gadget enthusiasts. However, the company is struggling to survive in the smartphone market. Their reluctance to bring down the price and equip the devices with the trending features surely have something to do with the low sales numbers.

The OEM kickstarted their collaboration with Android back in 2009. Dubbed as LG GW620, the first smartphone had a QWERTY keypad apart from having a 3.0-inch TFT resistive touchscreen. The spec sheet may make you laugh (in comparison with that of modern day devices). Take 150MB RAM for example!

LG’s flagships come under two lineups- G and V. The latter usually features comparatively high-end specifications than the former. The pioneer of the series, LG V10 went official in September 2015. By the time LG V30 released, the brand upped the game from LCD to OLED.

On the contrary to the predecessors, V30 has two variants- regular and a ‘+’ (Plus). Twice the onboard storage of the standard version is what makes V30+ stand out. The manufacturer leaped from traditional display to a bezel-less one with these two handsets. Moreover, they opted for non-removable battery in favour of IP68 water resistance.

Launched in 2017, V30 hit the market with Android 7.1.1 Nougat out of the box. The users had to wait almost two years to receive the Oreo update. Ever since, they have been craving for Pie. Owing to the official release of Android 10, LG realised it’s high time they untie Android 9.0.

You know telecom networks have their own smartphone versions, don’t you? Meaning, they function as an intermediary between the manufacturer and the user. And, all updates have to go through them. As for V30, Rogers, Bell, Telus, Videotron, and Verizon already rolled out Android Pie to the phone.

Not only that, many users in Hong Kong, Australia, India, Europe, and Canada also found the same OTA notification. Incoming is the Pie update for US Cellular branded V30 bearing the build number US99830B.

The package is heavy as it usually is for every OS upgrade. You can expect it to carry almost all the features of Android Pie. The security patch is bumped up to September (the latest). Now, let me break something out to you!

You may not get Android 10! Two major OS updates are what brands normally stick to. In that sense, you may not get another (Oreo and Pie, you got two). But wait! There is a glimmer in the dark. OnePlus 3 broke the tradition by bagging three Android overhauls once. Maybe, V30 too!

Note:- In order to track OTAs and more, stay tuned to our LG section.

Pokemon Go players are getting banned for no reason 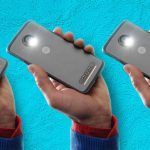