The first LG V30 units started receiving Android 9 Pie back in late July 2019, but as expected, this was only reported on the global/European unlocked models. The rollout hasn’t been smooth so to say as at some point it was halted due to bugs and resumed later.

Verizon Wireless became the first major U.S. carrier to push Android Pie update to the LG V30 a couple of weeks ago followed by U.S. Cellular.

These two sandwiched the V30 Pie updates in Hong Kong and Canada between them, but it’s only now that those using the V30 on AT&T are receiving a similar Pie-based update, at least according to several Redditors who already got the update.

I got mine. Now the complaining can continue…where is Android 10…

The new AT&T LG V30 software update is arriving as version H93130g and has build number PKQ1.190414.001. The kernel version is 4.4.153 and even better is that the security patch level has been bumped from the previous June patch to a newer September patch, but not the latest version available.

AT&T users of the V30 started reporting about the new update only yesterday, which explains why the carrier has yet to update the V30’s software support page with the latest info. But it should be updated soon.

As it is typical with software updates, AT&T’s LG V30 Pie update is airborne. This means it will take several days before all units receive the download notification, so be patient as you wait.

With AT&T out of the way, now it remains to be seen when T-Mobile will begin updating the V30 to Pie. The Pie-based kernel sources for the Magenta carrier’s variant appeared online a while ago implying that the rollout is almost here, but it has since been over a month and nothing yet.

As for those wondering whether the LG V30 Android 10 update is in plans, well, you might not want to get your hopes too high. The device came pre-installed with Android Nougat and the Pie update is the second and probably the last OS upgrade it ever gets.

NOTE: For more LG-related coverage, you can check out this dedicated section. There is also more Android Pie and Android 10 stuff here and here, respectively. 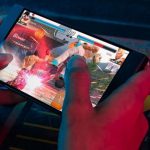