LG smartphones never really got into the groove with today’s premium brands like Samsung, OnePlus or Huawei. Whenever they bring a new phone to the market their sales figure doesn’t really show that improvement that the company expects.

Blame it on the lack of innovation and also falling behind in rolling out security/firmware updates, the customers have experienced nothing but disappointment.

According to a report, the LG smartphones are going through another rough patch and are struggling to sell out their devices. Talkin about the figures, LG mobile sales declined by almost 21% in YoY Q2 2019 as compared to the same quarter in the previous year.

It seems pretty interesting that even after the launch of the 5G LG V50, LG simply doesn’t seem to gain a firm grip in today’s competitive smartphone market.

However, a report from Taiwan comes in as a huge sigh of relief, as LG seems to have improved its sales figure in Taiwan.  Moreover, shedding some light on this, the Assistant VP of the mobile communications business unit at LG Taiwan, Vincent Chen said:

LG will launch some upgraded versions of its existing models available in Taiwan in the second half of 2019 as it aims to become one of the top-10 vendors in the local market by the end of the year.

LG has launched its Q60, V40, K9 and K11 in the local market so far this year and plans to release an upgraded version of K9 and other new models soon to meet the demand in the fourth-quarter shopping season.

There is some relief for the Hong Kong LG V30 (H930DS) users, as the company has started rolling out the Android 9 Pie update. We know Samsung faces a lot of flak in pushing out updates for its devices, but then, there are others like LG, that are much worse.

We previously covered that the Android Pie update was rolled out for the V30 in Australia, India and Verzion models as well.

Talking about the currently circulating update, it brings in the latest September 2019 security patch along with Android 9 Pie. It carries the software version 30s and below is official changelog;

Note that this update is rolled out via OTA and will take some time to reach all the devices. You can check for it by heading to your device’s Settings>> General>> About Phone>> Update Center>> System Update>> Check for update.

However, if you are a power user and would like to install the update manually by sideloading it then you can download the OTA update package from the below section; 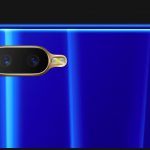 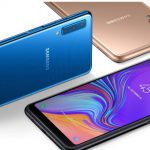