While the sixth generation of ZenFone (sold as Asus 6Z in India) features a revolutionary revolving camera paired with a affordable flagship tag, the Taiwanense OEM did the groundwork an year ago. Yes, we are talking about Asus ZenFone 5Z. Unfortunately the phone got largely overshadowed by Poco F1.

Asus also released Snapdragon 636 powered ZenFone 5 in the same year as the further budget conscious domain. The company had to cut some corners to keep the price low, such as opting for LCD instead of AMOLED display panel, mediocre camera and a significantly large notch.

The phone was launched with Oreo based Zen UI, although Asus delivered the Android Pie update with some hiccups. ZenFone 5Z was the sole entry from Asus in the Android Q beta testing initiative by Google.

Both Asus ZenFone 6 and 5Z are part of a beta testing conducted by the OEM for delivering stable Android 10 based update. They kickstarted the program for ZenFone 5Z during late August, but there is no progress from their end so far.

Interestingly, the final Android Q based (not Android 10, as the underlying codebase is older) beta update surfaced on the interweb at the beginning of this month. They finalized most of the things, such as full navigational gestures and internal APIs.

A moderator from Asus support forum recently shed some light on the Android 10 update scenario for ZenFone 5Z. According to the person, Asus should start rolling out the Android 10 as beta from mid-October.

We are still not sure whether it will be a public beta or only those who enrolled before are entitled for the release. Anyway, that’s a silver lining for ZenFone 5Z owners.

Another important observation could be made regarding the new UI animations. Apparently Asus has no plan to introduce new set of animations in their Android 10 based Zen UI build. The existing ones from Zen UI 6 from Asus 6Z should make their way to the upcoming update.

Are you excited about getting Android 10 update on your Asus ZenFone 5Z? Let us know by commenting below.

Asus ZenFone 5Z Android 10 update is now rolling out to beta testers and it brings along the relatively lightweight ZenUI 6 skin. Details here. 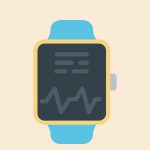