Original story (from May 27) follows:

A couple of months back, Taiwanese phone manufacturer HTC shared the company’s plan to push the long-awaited Android Pie on HTC U11, U11+ and U12+ phones in Q2 this year.

We wanted to share the status on the Android 9 update. HTC is currently working on ensuring the update is compatible with our phones & we anticipate a release for U11, U11+ & U12+ customers starting Q2’19. However, a few weeks back, the company gave a more clear picture. Through their official Twitter handle, HTC announced that Pie will make way to U11 devices in late May, followed by U12+ in mid-June and U11+ near June end.

And looks like, they are living upto what they said, as HTC U11 users have now begun receiving Android 9.0 Pie update in some regions.

HTC U11, as you may be aware is the company’s high-end device that was released in 2017. Powered by Snapdragon 835, the phone shipped with Android 7.1 Nougat layered with HTC’s skin SenSe UI. In 2017 itself, the device was upgraded to Android Oreo in Taiwan, followed by other regions later. And now, taking another step ahead, HTC U11 finally gets to taste last year’s Android OS dessert, Android Pie. As per the changelog that has been shared by users, the Pie update bears build no 3.22.709.2 and weighs ~ 1.30 GB. Apart from Pie, the changelog mentions system enhancements as well as removal of Google+ fom BlinkFeed, as the service has been terminated by Google last month on April 02.

Now that Pie is here for HTC U11, right in time, as promised by the company, the same should make way to HTC 12+ and HTC 11+ on their delegated schedule in the coming month. The clock’s ticking already.

Anyway, have you received the currently rolling out Android Pie update on your HTC U11 unit? If yes, do share with us how it’s acting on your device.

Sadly, the update has been pulled. HTC has confirmed on its official forum that the HTC U11 Pie update has been suspended. Following is an excerpt from the announcement (translated from Taiwanese) that was posted on May 28:

The current update is suspended! And have already conveyed the situation after the return of the update, to the internal understanding, please follow up later, thank you!

And earlier this month, the company announced assistance details for units affected by the buggy update. For details, head here.

Looks like the HTC U11 pie update has started rolling out again. Twitter user @shannirmala shared the following message with a screenshot of the update notification (shown below).

I just got the pie update again. Is previous bugs are fixed in this version? Have you received the update again? How has your experience been so far? Share with us in the comments section below.

Turns out the roll out hasn’t resumed officially yet. We missed the following announcement, which was posted on June 06. It’s a translated version, so please bear that in mind.

HTC flagships, like U11, U11+ & U12+, have not received stable Android Pie update yet. Now the company confirmed that the OTA would be delayed by months. Details here.

Android Pie’s rollout on HTC U11 phones has been resumed. Complete coverage here.

Those of you who are still stuck on the first buggy patch (that was pulled eventually), the OEM has shared some steps through which you can flash the latest Pie build.

HTC U11 devices in Europe are also getting Pie. Details here.

Pie is currently rolled out to select HTC U11 devices only, says company. Complete coverage here.

OS update for au smartphone HTC U11 HTV33 has been released. Updated to Android P.

HTC U11 devices are getting a new system update (v3.23.709.6). The patch was first expected to arrive on August 12, but was suspended for some reason. The official announcement post reads:

[8/21 update] Thanks to the fans for waiting, HTC U11 update version (3.23.709.6) has been released again, please go to Settings → System → About Phone → Software Update to confirm whether there is an update file!

The update is now hitting the US unlocked variants of HTC U11. Complete story here. 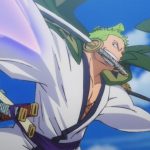