Aaand the wait is finally over for HTC U11 users in North America, for the long-awaited Android 9.0 Pie is finally making way to devices in the region. Hurray?!

U11 is HTC’s high-end device that was released in 2017. Fueled by Snapdragon 835 processor, the phone shipped with Android 7.1 Nougat with HTC’s skin SenSe UI on top. Within the launch year only, the device received its first major OS upgrade in form of Android Oreo, and looked forward to Pie.

Pie first landed on HTC U11 units back in May in the OEM’s home country, but got off on the wrong foot. The patch (3.22.709.2) was plagued by bugs, because of which it was suspended in no time. A month later, a new build (3.22.709.3) was released after fixing whatever issues bugged the first one.

The second patch was a relief and thankfully didn’t create any hassle. As things went smoothly, with the dawn of August, the OEM rolled out Android Pie for the European region HTC U11 devices, with a slightly tweaked build number (3.31.401.1). But no other major changes in the changelog as such.

While users in other regions have been questioning, the roll out appears to have been initiated by the company covering the North American region units. As of today, users from Canada are confirming, the update (bearing build number 3.31.401.1, sized ~1.3GB) is now live for them as well.

Jut like earlier, the changelog continues to be the same. Meaning, nothing more than the usual system enhancements and removal of Google+ from BlinkFeed considering Google terminated the service.

The roll out currently has been confirmed by Canadian region users. The update hopefully should soon be arriving in the entire US as well. It goes without saying, as firmware are often released in phases, Pie may take time to make it to all HTC U11 units in North America. So hang in tight.

NOTE: Apart from U11, its pro kin, HTC U11+ units in Europe, Indian and some other regions are also receiving Android 9.0. And HTC 12+ is next in line. We are keeping a continuous tab and will let you know as and when 12+ gets Pie. 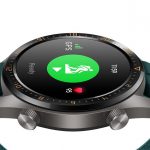