HTC U11+ is the Taiwanese OEM’s 2017 high-end phone fueled by Snapdragon 835 SoC. The device originally shipped with the then available Android 8.0 (Oreo) layered with Sense UI.

The phone is less than two years old, and it’s reasonable to assume like othe rrecent Android devices, users of HTC U11+ must be waiting for Android Pie to land on their units. In fact, back in March, the company confirmed Pie’s arrival on HTC U11+. However, they shared the exact time frame few months later.

Going by what the company said, they aimed to release Pie for HTC U11 by May end. With a slight delay, the update was pushed to HTC U11 a few days back. However, the same was pulled due to bugs plaguing it. On the other hand, HTC U11+ and U12+ users continue to wait for Android Pie.

While the wait is on, the Taiwanese OEM has now released a monthly security patch for HTC U11+ devices. The update weight ~125MB and bumps the version to 1.24.709.999. The information has been shared by a couple of users on micro-blogging site Twitter.

As is usually the case with staged rollouts, this update may also take time to reach out to all devices. As per the information shared by users who have received the May update in the first wave, the patch is currently rolling out for HTC U11+ units in Taiwan and the UK region. So hang in tight.

Just in case you’ve received the May update, how is it acting on your unit? Feel free to share with us by dropping a comment below. Rest assured, we are keeping a close watch on Android 9.0 Pie’s advent on HTC U11+ as well as HTC U12+ phones. We’ll share the good news as and when the updates get live.

HTC U11+ units are now receiving the Pie update in India. The patch sized about 1.3GB bears build number 2.19.400.2 and brings along the July security patch. Here’s what the complete changelog reads: Pie on HTC U11+ is now live in Europe as well. Complete story here. 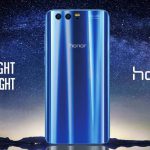 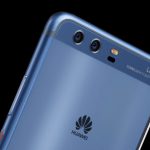