I am sure the title of this story must be music to ears of HTC U11 users with unlocked variants in the US region who’ve been gawking to taste the stale Android Pie dessert (as Android Q is out today). After all, it’s the second major OS update that U11 is receiving for it came boxed with Nougat.

But facts first, even if not as yum as Pie. The bumpy advent of Android Pie on HTC U11 is hidden from none. It was back in May when the update (v3.22.709.2) was first released by the Taiwanese OEM to the devices in their home country. But in no time, it had to pulled due to the bugs that plagued it.

After fixing things up, it was in June that HTC re-released Pie with a slightly tweaked build number (v3.22.709.3). Then in August, the same was made available to some HTC U11 units in the European and North American regions. But many kept complaining of not having received it.

Then it was just recently when the OEM acknowledged that Pie is being rolled out to select devices HTC U11 only. Yeah, even months after the rollout’s actual initiation. Well, that’s HTC for you.

We are currently rolling out Android Pie to select U11, U11+ and U12+ devices. Please note, the update is rolling out by country and carrier, and certain regions/carriers may delay the update. We thank you for your patience.

All that said, what’s good is that now we’re getting reports that Android Pie 9.0 is hitting the unlocked variants of HTC U11 in the US region. Hurray! The info comes credits to a Twitter user (thanks for the tip @cheecha_gleesha). Sized 1.28 GB, the update carries build number 3.37.617.1.

The changelog, well that my friend is still the same as the one that came along the first buggy Pie update on HTC U11 devices in the Taiwan region. Here’s what is reads:

The wait is finally over for US unlocked HTC U11 users.

But it goes without saying airborne updates rarely hit all devices at the same time. The wait might be longer for some of you, so keep patience. And those of you still waiting in other regions, here’s hoping you also get to experience Pie soon. Fingers crossed! 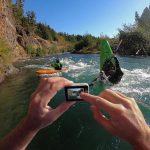