Soon after Google released Android 9 Pie in August 2018, HTC wowed its fans by revealing a list of devices that would be upgraded to the OS. At that time, the Taiwanese device maker was smart enough to omit any instances of a release date, obviously to avoid backlashes in case of delays.

On the initial list of HTC devices to be upgraded to Pie was the HTC U12+, HTC U11+, HTC U11 and the Android One-powered variant of the HTC U11 Life. Of the four, only the latter managed to receive the OS before the end of 2018.

After months of silence with no Pie updates to show off, owners of the remaining HTC devices weren’t a happy lot and the company knew it. To calm them down, HTC took to Twitter to announce that Android Pie would be pushed to the trio in Q2 2019 beginning with HTC U11 in late May.

The update indeed arrived in late May, but this was only in Taiwan. A few weeks later, the wider rollout of the OS kicked off in the same region only to be halted shortly after.

The current update is suspended! And have already conveyed the situation after the return of the update, to the internal understanding, please follow up later, thank you!
Source

The company worked out quick fixes and soon after, the HTC U11 Android Pie update resumed rolling out to the masses. But it was until early this month that owners of the device in Europe started receiving the OS.

As of this writing, the update is also available in North America, although it’s still limited to the Canadian models. The wait for the OS to arrive in the U.S. is still on, although it should end pretty soon.

In India, the second-largest smartphone market in the world, the story is quite the opposite. Sure, the company has pushed the HTC U11+ Android Pie update in the market, but it seems not even a significant userbase has gotten the OTA download.

Considering the standard U11 got the nod ahead of the U11+ in other markets, its a little strange that Indians still can’t install the HTC U11 Android Pie update yet they can do so with respect to the U11+. But going by HTC India’s response when quizzed about it, it’s not limited to the U11.

Apparently, the update to Android Pie is available for the HTC U11, HTC U11+ and HTC U12+, but the rollout is staggered. Also, the software is being pushed to the devices based on regions, so it may explain why only a few units of each device have so far made the switch to Pie.

We are currently rolling out Android Pie to select U11, U11+ and U12+ devices. Please note, the update is rolling out by country and carrier, and certain regions/carriers may delay the update. We thank you for your patience.
Source

At this point, there is nothing much owners of either device can do to speed up the rollout. It all depends on HTC and carriers (in cases where they are involved) to push the updates ASAP. As for when your device will get it, your guess is as good as ours. 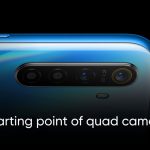