HMD Global has been on a roll lately. Soon after Google shared their plan to ditch dessert names (this year onward) for their Android OS and named Q as Android 10, the Finnish phone manufacturer struck the smartphone media’s attention by throwing the Android 10 roadmap card for Nokia devices. However at the same time, it got Nokia 8 owners feeling left out. Why? Despite embracing the same processor as Nokia 8 Sirocco – which will be bumped to Android 10 – Nokia 8 has been excluded.

But who knows what comes next?

May be at some point the company comes up with a good news saying lucky Nokia 8 fellas, we’ve decide to award you Android 10 (fingers crossed). Apart from Android 10, these days the OEM has been frequently hitting the headlines for their swift circulation of the latest security update to eligible devices.

The update is based on Android Pie and installs software version V3.25B on Nokia 3.1 devices (as can be seen in the following user shared image).

The Plus variants of Nokia 3.1 are also getting the August 2019 security patch that weighs 114 MB, with a slightly different build number V2.25K. In addition to security patch, on both Nokia 3.1 and 3.1 Plus, these latest updates also include improved system stability along with some UI enhancements.

Again, these are OTA updates, and such updates usually take several days to reach all units. So, if you own a Nokia 3.1 or 3.1 Plus, you may have to wait until early next week, if not the over the weekend, to switch to the latest August security patch.

So keep calm, and eye on the update notification. Happy installing! 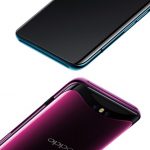 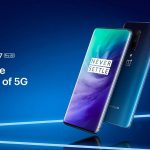