Having the blessing of Android One is quite underrated. Perhaps it’s the manner in which the program was conceived as a way to bring stock Android experience to emerging markets that has trivialized it, but truth be told, Android One is among the best things to ever happen to the Android community.

Android One has ensured that you don’t have to pay $700+ to buy a Google Pixel phone in order to not just receive regular updates, but get them on time. The program’s stock Android approach also means that Google phones aren’t the only ones that can offer clean software.

Despite having been around since 2014, it wasn’t until a couple or so years ago that Android One began gathering pace. Xiaomi and Motorola set the ball rolling as big-name companies started seeing the potential of Android One.

With Android One, Nokia phones are among the few that closely mimic Google’s software support window of at least three years of Android security updates. Android One devices are also guaranteed to receive at least two Android OS updates.

Nokia recently reiterated the bit on Android security updates, confirming that the first-generation Nokia 6 and Nokia 5 will continue receiving security updates for another year until 2020. And to stand by these words, the latest August security update is already rolling out to these devices.

Owners of the Nokia 6 2017 should watch out for an OTA update that weighs 112.9MB. Although not mentioned, the size of the update implies there’s more to the update than just the monthly security update. Perhaps the usual bug fixes and performance improvements are also in there.

If you own the Nokia 5 from the same year, the update is arriving over the air as well. It installs August 2019 security patches to the handset and going by the weight of 314.6MB, there should be a lot more in there. Let us know what you find after installing the update.

Also receiving a new software update with August 2019 security patch is the Nokia 4.2. The airborne update is quite small, weighing in at just 58.6MB. If anything, there shouldn’t be more than the expected security patch and a few optimizations here and there.

The Nokia 3.2 is also on the receiving end of this treat and like the rest, the August security patch is arriving as an OTA update. Interestingly, it has the same size (58.6MB) as the Nokia 4.2, but this doesn’t necessarily mean the changelog is also the same.

Even so, Nokia didn’t mention more than the usual – that this update bumps the security patch level to August 2019. If you come across any other changes related to this update, we’d like to hear about them in your comments at the end of this post.

All updates are based on Android 9 Pie, but only the Nokia 6 and Nokia 5 got to Pie via a software update. Unfortunately, they won’t go past Pie since it’s their second and last major OS upgrade. But as noted earlier, security updates will keep coming in until late 2020, albeit quarterly.

NOTE: If interested, you can check out more Nokia-related coverage here.

As US Samsung Galaxy Note 10 starts getting updates, here's how to rebrand or unbrand your unit 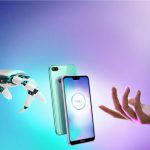