Looks like releasing EMUI updates and then holding them up is the new practice that Huawei is following lately. Within the past few days, we’ve highlighted two such cases, wherein Huawei & Honor India confirmed EMUI 9 updates have been held back for Huawei Y9 (2019) & Honor 8X devices.

Sadly, there’s no stopping for now, as more Huawei/Honor phones appear to be joining this list. To begin with, Honor 8 Pro, as some of you may know, was upgraded to Android Pie-based EMUI 9 back in April. It’s a 2017 device, fueled with HiSilicon Kirin 960 and shipped with Android 7.0 Nougat. However, going by the latest information, looks like the update was pulled and/or did not land on all Honor 8 Pro devices. While some users got a buggy version of the update, others didn’t even get it, and both have been complaining at the company’s official help forum.

Reverting back to some such users, Honor Service is now informing the update roll out is on hold and will most likely be resumed in the first week of August. Something similar has also been stated by Honor India’s official Twitter handle. Here are both their responses: Another Huawei device, EMUI 9/Android Pie for which is now on hold is Huawei Nova 3i. Nova 3i (aka Huawei P Smart + 2018) is a mid-ranger fueled by Hisilicon Kirin 710. The phone originally shipped with Android 8.1 Oreo. Then back in March, Nova 3i variants in China were upgraded to EMUI 9.

By the end of June, some Vietnamese users of the device also reported of receiving EMUI 9.0 update with version 9.0.1.170 (as can be seen in the image below).

However, going by the latest information that is coming from Huawei India’s official Twitter handle, EMUI 9/Android Pie was released on Nova 3i, but currently is on hold to make some improvements.

We would like to inform you that Android Pie for Huawei Nova 3i has been already released but currently on hold due to further improvements on user’s usage experience. That confirms EMUI 9 has been held on Nova 3i, but whether for global variants or only for the devices in India, that’s not clear. Anyway, here’s hoping the OEM optimizes the updates at the soonest so that all Honor 8 Pro and Huawei Nova 3i users get to experience Android Pie.

Both Huawei Nova 3 & 3i are getting EMUI 9.1 updates. Details here. 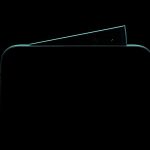