Good news for some Huawei phone users waiting eagerly for EMUI 9.1: few hours back, the HiCare registration opened up for Honor Play devices.

Going by the updated information coming from Honor India, the registered Honor Play units will get to see EMUI 9.1 (in form of an OTA) by first of August. Yeah, that means, Honor Play users may have to wait for another week or so for the update. To put it lightly, Honor seem to be playing with words to buy more time. Anyway, after Honor Play, the OEM has now set the EMUI 9.1 update arrival timer for yet another Honor device, namely View 10.

Honor View 10 (aka Huawei Honor V10 in China) is the OEM’s 2018 high-end phone fueled by HiSilicon Kirin 970. Originally shipped with Android Oreo layered with EMUI 8, the phone was upgraded to EMUI 9.0 this year only. And now it awaits EMUI 9.1.

As we stated in one of our earlier coverages, just last week, the Firmware Finder listed EMUI 9.1 for Honor View 10 devices, conveying the update should be coming sometime soon. As per the Firmware Finder, the patch should bear the build number 9.1.0.326 (sized ~3.7GB). The wait is likely to get be over in another couple of days, as the OEM plans to push EMUI 9.1 to Honor View 10 devices on July 22. This information is coming from Honor India (through their official Twitter handle). Here’s what they said while reverting back to a couple of Honor View 10 inquirer:

We would like to inform you that the OTA update of EMUI 9.1 for your device will be rolling out by 22nd of July. Just like Honor Play, EMUI 9.1 will be coming on Honor View 10 via HiCare registration only. Moving on, EMUI 9.1 for Honor 8 Pro will also be coming in the next week. For a quick refresher, EMUI 9.0 on Honor 8 Pro despite releasing was held back by the OEM in order to make further enhancements.

While it was confirmed that EMUI 9.0 roll out will resume on Honor 8 Pro by the first week of August, now Honor India has revealed the latest EMUI 9.1 will be coming on the units by July 26.

We would like to inform you that our software team has confirmed the compatibility of device with the OTA update of EMUI 9.1 for your device will be rolling out by 26th July. Looks like instead of pushing EMUI 9.0, the OEM will now be releasing EMUI 9.1 directly for Honor 8 Pro devices. Device users will indeed be happy to hear that. Here’s hoping the EMUI 9.1 updates on both Honor View 10 and Honor 8 Pro get released on the promised dates.

P.S. The OEM is holding a ‘Free EMUI Upgrade Campaign‘ in India to help Huawei/Honor phone users who haven’t yet received the EMUI OTA, that too irrespective of whether the device is in warranty or out of it. 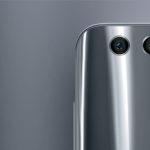