Oppo subsidiary Realme is burgeoning at least in India, where exists the OEM’s largest fan base. Today (IST 12:30 pm), the company is scheduled to launch Realme X (which is already out in China) alongside Realme 3i which is going to be a trimmed down version of Realme 3 phones. While Realme users in India must be excited about the revelation of the new devices, as is usually the case, the ones with the older phones have queries regarding the new ColorOS 6 update, trending feature releases and bug fixes.

Realme community admins follow a practice of chit-chat sessions where users get their queries answered straight away from the admin themselves. The latest Episode #24 of the same has brought clarity regarding some matters. And here’s a gist of info shared during the chit-chat session.

The feature trend in the smartphone market keeps evolving, and the functionalities which attract the masses are often incorporated by different OEMs. Take for example, Digital Wellbeing, a reality checker that gives smartphone users a clear picture of their addictive tendencies to certain apps.

The proliferating popularity of Digital Wellbeing (debuted on Google phones) got OEMs like OnePlus, Asus and others to introduce the feature on their phones. Sometime back, the OEM also revealed their plan to bring the feature to their phones. But which ones? That wasn’t stated. But that changes now.

Not only Digital Wellbeing, Dark mode & font style, as well as SOT have also been confirmed for 2 Pro.

As you may know, these features haven’t yet been released with the first Android Pie-based ColorOS 6 update on the units, so going by the info shared by the community admin, all the features will indeed be “coming with an update”. However, there’s no ETA for that.

USB Type-C, the new smartphone protocol for charging port can be seen in most of the latest phones. So Realme users are also curious to know if the company’s future devices will embrace USB-C. Well the answer is yes, they may. The community admin says:

I think Type-C is likely – as it is the future for charging.

Apart from USB-C, the admin also conveyed the likelihood of Always on Display (which shows information like notifications, clock, alarms, battery status etc in a low-power mode when the phone’s display is off) to be incorporated in new Realme phones.

As for the LED, I do not know but given that all brands are pushing it to provide full displays, I think a always on display is more likely (?).

Chroma Boost and Nightscape mode not on cards for Realme C1

Coming to the popular camera modes like Chroma Boost and Nightscape (aka Nightsight or Night mode, which is meant for photography under low-light conditions), for the time being, they are not planned to be provided on Realme C1.

As you may know, these camera modes are already available on Realme 3 devices, and even 2 Pro got Chroma Boost with the ColorOS 6 update. Sadly, Realme C1 users may not get to see them.

As we are nearing the release of the official Android Q update, smartphone users from different OEMs are eager to know if their units will get to taste the newest Android OS dessert. Coming to Realme 1 and 2 Pro, as has been confirmed by the community admin, the answer is negative.

Another feature, the support for which might not be granted on 2 Pro phones is the swipe gesture for fingerprint reader. The community admin explains this saying:

As for the swipe gesture you mean for the fingerprint reader – I asked earlier and I seem to understand it might not come.

Sadly, the existing Realme phones (like 2 Pro) which lack the FM radio functionality are less likely to get to see the feature even in the days to come. However, there’s no confirmation about how the future Realme phones will be treated regarding this.

In addition, the community admin confirmed that ColorOS 6 (Android Pie) updates are already out for Realme 2, Realme 1 & Realme U1. Though they are still under the staged roll out process, and hence may take time to reach all. Also, the same is imminent on Realme C1 units.

Apart from the above mentioned, the admin will be answering some queries in the upcoming FAQs like bootloader unlock and Google lens support on Realme 2, Chroma Boost, Nightscape mode & Camera2 API on Realme C1, and better app closing animation on phones other than Realme 3 Pro.

Rest assured, we’ll be keeping a tab on all this and will let you know as and when the details are shared. 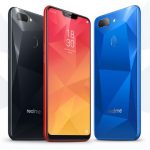