Leave aside the major Android OS update, even monthly security patches like the recent May update on Realme 3 and Realme C1 devices have added features like Theme Store and others.

Recently, the company also released their official online store in the form of an app dubbed ‘Realme Store’ app at Google Play Store. All in all, the Chinese OEM is aiming to enhance user experience in every possible manner.

Taking another step forward, Realme has now shared their plans regarding some upcoming features, few already existing features making way to the older devices as well as other hot topics. So lets take a look at what all Realme users will get to see in the coming days.

Digital Wellbeing, is a reality check for smartphone users that gives them a clear picture of their addictive tendencies to certain apps. Quite a trending feature which debuted on Google phones and almost all popular OEM are incorporating it to their phones. Even Realme users are curious about it:

Coming to whether Realme plans of bring Digital Wellbeing to their phones. The answer is yes. “Digital wellbeing is under planning” as has been confirmed by a Realme Community admin in this weeks FAQs.

As you may know, in order to have full support for Camera2 API, HAL3 is a must on all Android phones running Android 9 or higher (excluding Android Go edition devices). Talking about Realme phones, ColorOS 6 update on Realme 2 Pro and Realme 1 already enabled Hal3 support.

Going by the latest info, Realme 1 and U1 users will not have to enable HAL3 in settings as the feature is built in ColorOS 6. So Realme phones that’ll be upgraded to ColorOS 6 will automatically get HAL3 support. Also, with ColorOS 6, Realme 1, U1, 2Pro, 3, 3 Pro will get full Camera 2 API level 3 support.

As you may already know, Realme’s this year’s phones Realme 3, 3 Pro and C2 are already Idea VoLTE compatible. As for the older phones like Realme 1, Realme C1, Realme 2/2 Pro and Realme U1, the company plans to enable Idea VoLTE with Android Pie ColorOS 6 OTA.

However, as far as we can see, the ColorOS 6 update changelogs for Realme 2 Pro and Realme 1 do not mention Idea VoLTE support anywhere. It’s possible the company included this feature silently, but we don’t have any confirmation about that as well.

What about playing Fortnite on Realme phones?

As you may remember, Realme India CEO Madhav teased Realme 3 Pro before launch while playing Fortnite on the device.

Coming to whether the company plans to get the required license to play Fortnite on other Realme phones, well the answer is negative, at least for now. Here’s what the Realme admin said regarding this:

Q. Will realme have the required license to play fortnite game?

A: For Now, only realme 3 Pro has the required license to play.

One of the frequently requested features is to be able to see the battery level of connected Bluetooth device on the phone itself. Well the good news is Realme is working on it and users will get to see the feature added an OTA in future.

Moving on, a popular camera mode like Night Scape is Studio Lighting, and the company “will consider this feature in the future.” Not only that, they also plan to make more apps compatible with Dual Channel Network Acceleration.

Next up, as you may know, the app drawer in ColorOS 6 sorts the apps alphabetically. Realme says, currently there is no way to have them sorted by a custom order, but they may consider adding this feature with a future update, depending on user demand. And lastly, Realme 3 will not support EIS via an update.

NOTE: All this information was shared by a Realme Community admin. Here’s the complete post for those of you who wish to take a look. And for more news and stuff related to Realme, interested readers may head here. 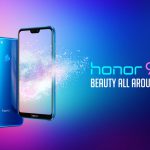