Taiwanese OEM Asus pushed the June security patch (16.2017.1906.066) to ZenFone Max Pro M2 (ZB630KL) devices just a few days back. However, the update was limited to the Japanese units only.

Apart from an upgraded monthly security patch, the update brought along the trending Digital Wellbeing feature. As you may know, Digital Wellbeing (debuted on Google phones) is a reality check for smartphone users which gives them a clear picture of their addictive tendencies to certain apps.

Considering the patch was released only for the Japanese units, eager device users in other regions were looking for ways to install the package on their units. Reputed tech publications suggested non-Japanese users to replace “JP” in the package name with “WW” and install it.

However, Asus forum moderators discarded this suggestion, asking users not to do so and wait for the official release instead. Here’s what the moderator exactly said:

Sorry for any inconvenience. JP-16.2017.1906.066 is for JP SKU only. Software update cannot transfer the software SKU and downgrade the software version. Wrong SKU may cause update failure, please update the same SKU version only. Please wait for WW SKU firmware, thank you

But now, the wait is over even for ZenFone Max Pro M2 users in India as the June update with a slightly different build number (16.2017.1906.067 ) is rolling out to the devices. The update’s confirmation came from Asus India’s official Twitter account a few hours back. Hold your horses and don’t jump to your phone to check for the update notification, as the patch hasn’t gone live yet, at least not for all. The update hasn’t yet been listed even on the BIOS & Firmware page, for it continues to display 16.2017.1905.065 as the latest patch for Indian devices.

Meanwhile, Asus India (on Twitter as well as Facebook) is asking Max Pro M2 users to wait as the update rolls out in batches. But some users have shared the update got wrongly listed under tools and drivers and they managed to install it just in time. Here are some user shared images of the update:

Going by the information shared by the limited number of users who managed to grab the update, it fixes issues like lockscreen pin or pattern screen blackout, brightness scale glitch, improves touch vibration and sound output, as well as the Dark Mode power Off bug.

Also, ZenFone boot animation (on powering up the device) has been replaced with an Asus logo. However, PUBG still can’t be played in full screen, as the pseudo notch bug in the landscape mode reportedly continues to persist. Here are all the changes listed by a user who installed the update:

To sum it up, device users will have to wait until the update rolls out on a wider level, as the firmware is not yet available for manual downloading. But those of you eager, can try the following user shared download link of the update.

Else, you can wait for the firmware to get listed on the site.

After the June update, Max Pro M2 users are encountering double notch in landscape and NFC is also not working. Complete coverage here.

NFC issue is claimed to have been resolved with a new FOTA update. Details here. 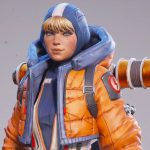 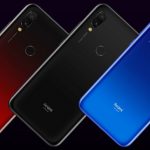