Realme, the youngest offshoot of OPPO, started their journey by rebranding phones from the parent company. However, they quickly established a strong fan base and launched a number of highly popular smartphones in India and various other countries.

Unlike other Chinese brands, a majority of Realme phones were launched as India exclusive. A notable exception is Realme X, which was unveiled in China after a series of teasers.

Realme X shares the same Qualcomm Snapdragon 710 SoC from Realme 3 Pro (which is sold as Realme X Lite in China), but excels the latter in multiple categories. The primary rear camera sensor is 48 MP compared to the 16 MP module of Realme 3 Pro.

The inclusion of motorized selfie camera and the in-display fingerprint sensor gives the Realme X a more premium look compared to other phones in the company portfolio. The inclusion of AMOLED display instead of typical LCD panels is another move towards the same direction.

The OEM also launched a special Spider-Man themed variant of the phone after collaborating with the upcoming webslinger movie (Spider-Man: Far From Home). These hints are enough to speculate about the arrival of the phone in India, and it really happens! The company took their official Indian community forum to announce (rather tease) that upcoming release of this much-anticipated phone. What you guys have been waiting for is coming soon.

The wait is finally going to end for realme X. Yes, we are bringing our best smartphone till date to India in just a couple of days.

Excited? Let us know your thoughts in the comment section below.

Madhav Sheth, the CEO of Realme India, has changed his Twitter handle name to ‘Madhav X’. The teaser poster can also be seen on his profile. Coincidence? I really doubt that! We still don’t know anything concrete about the release date and the pricing. Given the tough competition in the mid ranger marker segment in India, Realme should come up with a unique strategy that shouldn’t harm the sales of Realme 3 Pro as well.

Are you excited about the launch of Realme X in India? Comment below. 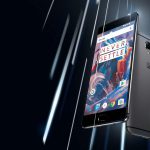