A quick rush through social media platform Twitter conveys Android Pie-based ColorOS 6 that was released for Realme 2 Pro devices (a couple of weeks back) hasn’t yet landed on majority units. And device users are confused what is the delay all about.

If you remember, last month, Realme India CEO Madhav Sheth shared the OEM’s plan to rollout ColorOS 6 on Realme 2 Pro devices sometime during this month. However, the company sprung a surprise by delivering the update on the last day of that very month itself.

While users were excited, the update landed on a completely opposite note and left the units (on which the update was installed manually) bootlooping. Consequently, in no time Realme suspended the update and came up with solutions to bring the units stuck in bootloops back to life.

In not even a week’s time, the OEM released a subsequent build of ColorOS 6 with a minorly tweaked version RMX1801EX_11.A.21. However, to avoid the risk of any major issue once again hitting the masses altogether, they limited the rollout to Realme 2 Pro devices that registered for it first.

The official announcement clearly stated the OTA will first be pushed only to phones that’ll signup for ColorOS 6. And if things go smoothly in the first wave, there will be a wider rollout covering rest of the Realme 2 Pro devices. And this entire process was expected take about two weeks.

Here’s how the official announcement put this:

The aforementioned was said in the second week of June. And now, after couple of weeks, the company has finally listed ColorOS 6 (Android Pie) update for Realme 2 Pro devices on their official software update page. Could be that a wider rollout has now been started by the OEM as of today.

Even Realme Support is now telling users the update is in th final rollout stage and will reach all devices soon: FWIW the update version and changelog are still the same. Those of you who did not receive ColorOS 6 until now will hopefully get to see it on your units in the coming days. Just in case you are out of patience and don’t wish to wait for OTA, you can download the update manually using the link below:

But before you install ColorOS 6, we’d like to inform you that many users (who got hand on this update first) are chiming that face unlock is gone slow after the update. So be careful, as you may also encounter the same glitch after installing the update. 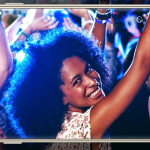