Double tap to wake (popularly known as DT2W) on OnePlus 7 Pro devices is a feature that has been quite on and off since the device’s launch. DT2W (Settings> Display> Ambient display> Tap the screen to show) basically lights the device’s Ambient display notifications/clock on touching the screen.

Right after receiving the day-one OTA, device users began complaining about Ambient display and double tap to wake acting buggy. In no time, the issue was officially acknowledged, soon after which a new update (OxygenOS 9.5.4 for global/9.5.5 for EU) was released to optimize the functionalities.

However, the update didn’t completely eradicate the root cause of the issue, and users continued complaining. Once again, the problem was confirmed by OnePlus staff, following which another update (OxygenOS 9.5.7) was rolled out to address the double tap to wake & Ambient display glitch.

After that, the double tap to wake issue appeared to be resolved, but not for long, as the latest OxygenOS update had reportedly broken the functionality once again. The latest OxygenOS 9.5.9 patch on OnePlus 7 Pro devices, rolled out a few days back, brought along many bug fixes and optimizations.

But the same update has once again left users complaining about DT2W. Going by reports posted across the company’s official help forum and online discussion platform Reddit, double tap to wake is not working for OnePlus 7 Pro users.

Considering the update hasn’t yet reached all units, the reports are still limited, but growing. Going by reports, reverting back to the older build i.e. OOS 9.5.8 resolves the issue. For a quick look, here’s how a couple of complainants word the problem:

I installed the latest and greatest update yesterday. Everything is fine except DTTW. If the screen is off, it stays off, no matter how many times I tap on the screen. If I have the Ambient Display light up and then tap to wake, it finally works. I’m hoping that’s not intentional, otherwise, that kinda renders DTTW useless.

It’s a bug. My tap to wake or double tap to wake both randomly stop working (1 at a time). 9.5.9 broke something cause 9.5.8 I think fixed it when it happened in previous updates

Here’s hoping OnePlus looks into the matter before the update reaches all units and the issue begins to be widely reported. Rest assured, like always, we are keeping a close watch on the matter and will update the story as and when any new development comes to our sight.

In the meantime, if double tap to wake is not working on your OnePlus 7 Pro unit after installing the latest update and you’ve figured out a workaround to fix this glitch, feel free to share it with other users by dropping a comment below.

OnePlus is rolling out a new hotfix update (OxygenOS 9.5.10) for OnePlus 7 Pro. The only new point in the changelog is the double tap to wake fix. Details here. 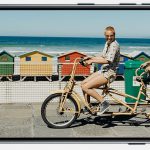