Xiaomi’s shotgun strategy of launching countless variation of phones may be annoying for some users, but a large chunk of regular customers are happy to choose new phones (not necessarily with updated configurations) after every few months or so.

The Chinese OEM penetrated the low and mid range market segment with their Redmi series (which is now an independent company). While the regular Mi series is usually reserved for premium class (e.g. Mi MIX) flagship phones, there are some notable exceptions.

The Mi X (5X, 6X) & their Android One variants (A1, A2/A2 Lite) are intended for bridging the gap between budget oriented section and the high mid-rangers. You are supposedly paying the price for the features like better camera or longer updates. If you are fancy of large phones, then there exists Mi Max lineup.

Since 2016, Xiaomi single handedly dominates the budget phablet domain with the Mi Max series of phones. The lack of cheap but good Android tablets makes them a worthy alternative for entertainment.

The OEM opted for the base configuration of the Redmi Note series and included larger display alongside a monstrous battery to fulfil the requirements of the users. Needless to say, the Mi Max lineup got a strong fan base.

But what about this year’s successor? Xiaomi followers are anxiously waiting for the next big thing (presumably Mi Max 4) since months, but the company is surprisingly silent regarding the development of the next candidate.

FYI, Mi Max 3 saw a limited release. The phone was not even launched in India. However, we speculated that the successor might be coming in the second largest market of Xiaomi, sporting the Snapdragon 730 SoC.

There are plenty of new rumors circling around the Mi Max 4, and to be frank, they are not at all heart warming. Some Chinese outlets are reporting about possible renders and design changes (like 3 rear cameras, punch hole display, in-display fingerprint scanner), but the credibility is rather low.

However, a recent discussion between Xiaomi fans and Lei Jun, the co-founder of Xiaomi, has brought a new twist in the current scenario. According to Lei, Xiaomi is now focusing on Mi MIX and Mi CC series of phones.

Are they planning to discontinue the Mi Max series in favor of the youngest CC lineup? At least Slashleaks contributor Sudhanshu Ambhore (@Sudhanshu1414) thinks so.

PiunikaWeb is monitoring Xiaomi update servers as well, but there is no such file to indicate the arrival of the Max 4. Nonetheless, we hope the Chinese OEM will satisfy the urge of their fans and release a suitable successor to the Mi Max 3.

In another Weibo post, Lei Jun confirmed that the company would not launch any new Mi Max or Mi Note series phone this year. The newly announced Mi CC lineup is going to be the spiritual successor. 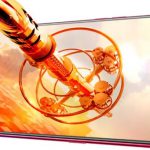