Product manufacturers often release a handful of their prototype creations to the public. The notion is mainly about showing the world the little glimpses of what’s cooking inside. In some cases, the concept devices are being sold as exclusives for the sole purpose of collection.

The world of smartphones are not free from such concept devices. Sometimes a lucky chap got a rare chance to visit the secret lair of the company and discovered a bunch of never-released prototypes.

On the other hand, few phonemakers actually released limited number of prototype phones commercially. Some went one step further and decided to opt for crowdfunding to materialize the concept into reality.

Xiaomi, being one of the largest smartphone makers, have dipped their toe in the same water. As a matter of fact, they kickstarted the trend of virtually bezel-less display back in 2016 with the release of Mi MIX.

The Chinese OEM continued to support the MIX lineup by launching the Mi MIX 2 in the subsequent year. Unlike its predecessor, Mi MIX 2 saw a wider global release (including India).

The 5.99 inch screen had an impressive ~81% screen-to-body ratio. The phone came with four-sided curved ceramic back plate coupled with aluminum alloy frame.

Mi MIX 2 was initially launched with Android 7.1 Nougat based MIUI 8.5. The phone eventually got Android 8.0 Oreo update in the form of MIUI 9. Later on, Xiaomi brought MIUI 10 for this iconic phone, but the base Android version remained unchanged. Interestingly, Xiaomi refreshed the MIX lineup by launching Mi MIX 2S as a minor update of the original MIX 2. The MIX 2S was one of the few non-Google phones to be selected for early beta testing of Android P (later named as Pie), while MIX 2 users were stuck with Oreo.

MIUI beta organisers are maintaining a public thread in Xiaomi’s China forum regarding beta testing of Android Pie. In fact, We mentioned about this list in one of our previous articles. The most current revision of this list indicates that Mi MIX 2 should receive Pie update in Q2, 2019. As a matter of fact, the first Android Pie based MIUI beta builds are already live for Mi MIX 2. Both the Chinese and global variants of the phone are eligible for the internal beta testing.

The changelog does not mention anything elaborate, except the obvious (“Hey, this is Android P update!”). According to early adopters, most of the fundamental functionalities are working properly. As you can see, the current Pie build features March 2019 security patch, which is rather old. Xiaomi decided to stick with the 4.4 kernel.

While there is no showstopper bug (at least according to the testers) in these builds, Camera2 API is still not officially enabled. Moreover, there is no reference of dark mode in this update.

The xiaomi.eu guys have already prepared the first Pie based build for MIX 2 (codename: chiron) based on the MIUI China 9.5.9 build. Those who want to stick with untouched global/China build, download them from the following links:

Being a private beta build, users can’t flash it from the built-in updater. Rather you have to rely on a custom recovery like TWRP, to force flash the update package bypassing the account verification.

PSA: You may face userdata decryption issues with TWRP after updating to this Pie build. Make sure to backup your data beforehand.

Are you planning to flash this internal beta build on your Mi MIX 2? Or prefer to wait for public beta testing?

Xiaomi rolled out the first public beta build of Pie update for the Mi MIX 2 as a part of this week’s MIUI 9.5.16 beta release. 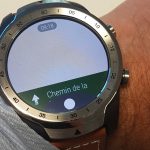