The MIX series of Xiaomi is a perfect example of materializing out of the track, revolutionary ideas in life. Be it one of the first ‘bezel less’ phones or carrying the first generation 5G cellular radio – Xiaomi created a niche with the design centric MIX lineup.

Initially marketed as limited edition experimental device, Xiaomi quickly made the MIX series as a worthy alternative of original flagship Mi phones. In 2017, Mi MIX 2 experienced a wider release across the globe, including India.

The Chinese OEM decided to apply a series of minor improvements on top of MIX 2 and unveiled MIX 2S merely six months from the arrival of the former. They also enrolled MIX 2S in the public beta testing of Android Pie (known as simply ‘P’ at that time).

While Mi MIX 2S continues to get stable Android Pie update and various other MIUI related improvements (such as dark mode, lockscreen clock and updated security patches), the original MIX 2 is being neglected in terms of software update.

Back in May, an internal beta build of MIUI, based on Android Pie, was leaked for Mi MIX 2. After a few weeks, Xiaomi started to ship Pie based public beta builds for the phone in China and other regions.

Now that the public beta program was closed by Xiaomi, there is no way to access updated Pie based MIUI for MIX 2 owners. No need to worry though, as the company is finally bringing stable Pie update for the phone in the form of MIUI 10.4.1.0 build. Don’t let the Chinese texts confuse you, as the global MIX 2 units are also getting the same update. Xiaomi also bundled the June security patches in this new build.

– Stable MIUI based on Android Pie comes to Mi MIX2!

Being a major Android version update, there is no incremental (smaller) OTA. You have to download the full package (~1.7 GB) to get the sweet taste of Pie on your phone.

Not a problem for our readers though, as they can easily download the ZIP from the following section. No need to wait in the queue!

Have you got the Pie update prompt on your Mi MIX 2? Comment below. 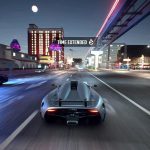