Chip manufacturers are always trying to come up with something new. To satisfy the never-ending hunger of the end users, vendors tend to release multiple variants of the same chipset – tuned up or down to cater the different price segments.

Moreover, there is this philosophy of consumers – they always want to buy the newest thing. In terms of electronic gadgets, an older flagship can easily outperform a newest midranger. Nonetheless, shipping a new gizmo with old components is considered a dangerous move.

To fuel up the competition, major silicon producers like Qualcomm has started to release separate ‘gaming’ variant of SoCs. We have seen this new marketing strategy of the US based chip manufacturer with the release of Snapdragon 730 and 730G SoCs.

Announced at the beginning of April 2019, both Snapdragon 730 and 730G share a lot of of common components like Kryo 470 custom CPU cores, Adreno 618 GPU and Hexagon 688 DSP. The core differentiable factor is the addition of Snapdragon Elite Gaming features.

Gaming enhancements such as anti-cheat extensions and jank reducer empower you so you can perform at the top of your game. For the first time in the 7 Series, you can now game in True HDR, with extreme realism, rich graphics, and cinema-quality processing. Snapdragon 730G mobile platform also features an improved display to better showcase 1 billion shades of color.

Xiaomi is no stranger in adopting newest Qualcomm SoCs (especially mid-rangers) in their phones. The Chinese OEM was one of the first smartphone maker to incorporate Snapdragon 660 in Mi Note 3 (codename: jason; not to be confused with Redmi Note 3) back in 2017.

In recent past, Mi 8 SE (codename: sirius) was launched with Snapdragon 710 – just a few months after Qualcomm unveiled the platform. Readers may recall the recent Twitter war between Xiaomi and Realme on the use of SD710 – that was quite hilarious in my opinion.

Now Manu Kumar Jain, Global VP of Xiaomi and MD of Xiaomi India, decided to spice things up a little. In a recent tweet, he hinted that the company would soon launch a new phone, powered by a Qualcomm 7 series SoC.

Judging from the “announced just 2 weeks ago”, it’s a clear jab towards Realme for using 2018’s 10 nm Snapdragon 710 in the Realme 3 Pro. The time frame aligns with the release of Snapdragon 730/730G (both are 8 nm), thus we should see one of them in a future Xiaomi phone.

SD730G can be excluded, considering the number of blank spaces in the tweet. The only other 7 series SoC from Qualcomm is Snapdragon 712, which was announced in February 2019. The final question remains: what will be the model of the phone?

In a recent leak via Weibo (deleted now), we came to know about an unknown Redmi branded phone powered by Qualcomm Snapdragon 730 SoC.

Xiaomi already launched Redmi 7, Redmi Note 7 and Redmi Note 7 Pro in India. Thus the leaked configuration does not actually fit with another 7th generation Redmi phone. It could be the successor to the Mi 6X, but there are some unanswered questions.

The second photo clearly shows a 3.5 mm jack, which is not present in Mi 6X/Mi A2 (the global Android One variant). Moreover, the panel next to the headphone jack could be a popup selfie camera.

Historically Xiaomi prefered to release the China exclusive X lineup (Mi 5x in 2017, Mi 6X in 2018) first, then rebrand it with Android One firmware (Mi A1 and A2 respectively) for global release. However, there’s no release schedule from Xiaomi about Mi 7X (or 9X, as rumored) in China so far.

Moreover, the most recent leak about the tentative codenames of upcoming Android One phones from Xiaomi dated back to March 2019 – before the announcement of the SoC. According to XDA Developers, “bamboo_sprout” and “cosmos_sprout” might sport in-display fingerprint scanners.

In our opinion, we might be looking at the next iteration in Mi Max series. FYI, Xiaomi launched Mi Max (as well as Max Prime) and Mi Max 2 in India, but skipped the Mi Max 3 entirely.

The codenames of the Mi Max lineup are pretty much interesting so far:

Following the trend, the fourth generation Mi phablet may take the codename from another elemental gas. Looking at the Xiaomi update servers, we couldn’t spot any such firmware so far. Either Xiaomi engineers haven’t started working on it, or they are not public yet.

Thanks to Xiaomi’s shotgun marketing strategy, it is tough to speculate anything with surety at this moment. Now that Redmi is a separate brand, they could handle the market with some new models in their portfolio – perhaps a ‘Pro’ edition of Redmi Y3?

What do you think about the rumored Snapdragon 730 powered Xiaomi/Redmi phone? Comment below. 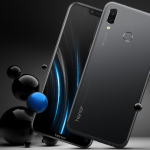 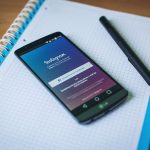