Smartphone vendors, who maintain in-house skinned version of Android, prefer to ship new features as exclusive to the recent most devices in the portfolio. They do backport some of these features to older phones, but only after the hype period ends.

In case of OnePlus, the Chinese OEM recently launched the OnePlus 7 series with an updated version of OxygenOS. The Pro variant of OnePlus 7, which is already available via open sales, comes with OxygenOS 9.5 – a minor bump from regular 9.0 branch.

The Chinese OEM has introduced features like Zen Mode and a native screen recording utility, which are not present in OxygenOS 9.0.x for older OnePlus phones such as Oneplus 5/5T and OnePlus 6/6T.

However, these features should be available soon on via Open Beta channel for legacy OnePlus devices.

Screen recording will be available on 6 /6T and OnePlus 5/5T, watch out for them in an open Beta build soon.

Nevertheless, OnePlus 7 Pro adopters are surprised to see the unavailability of a particularly useful feature in the updated OxygenOS. We are talking about the ‘Pocket mode’ functionality.

why is there no assistive lighting for face unlock this time??

also there is no pocket mode.

I really liked these two features.

I don’t know if its me somehow or this Is one of those “pocket mode” moments, but I noticed that 3-4 times in last 2 days that when I take it out of pocket my data is off. so …. In OxygenOS 9.0.x, users can access the Pocket mode settings by navigating to Settings => Utilities and toggle it to activate the feature. The description of the functionality is as follows:

Prevent accidental screen touches or fingerprint operations when the phone is in your pocket.

In fact, we can access it without any hiccup on our OnePlus 6 unit running latest OxygenOS 9.0.5 (stable channel).

We are not sure if it’s a bug or an oversight from the OnePlus engineers. As readers may notice from the user reports, the option does not exist at all in their OnePlus 7 Pro (even after the day-one patch).

In case you are wondering, the OnePlus 7 Pro indeed features a dedicated proximity sensor. The ‘Pocket mode’ can be thought of as an extra layer of tuned sensitivity settings around the default threshold values coded inside the proximity sensor. However, removing such a useful feature might create issues in the user experience. Moreover, we also highlighted the surge of bug reports regarding faulty ambient display and double tap to wake in (DT2W) in the OnePlus 7 Pro. Could it be related to the missing pocket mode? Interestingly, the OnePlus bug hunter team has officially acknowledged the existence of the aforementioned bug. They are now trying to reproduce and fix the issue.

PiunikaWeb readers should remember that the Samsung Galaxy S10 lineup has also been plagued with several issues related to accidental touches inside pocket.

In their case, the whole accidental touch protection component in their OS needed a major overhaul to squash out the compatibility issues. Samsung officially acknowledged the bug, and reportedly fixed it in subsequent software updates.

We hope OnePlus will follow the footsteps of the Korean OEM and bring back the missing ‘Pocket mode’ via future OxygenOS OTA update for the OnePlus 7 Pro.

Have you noticed the unavailability of the Pocket mode functionality in your brand new OnePlus flagship? Comment below.

Upcoming OnePlus 7 Pro update should fix some of the known bugs that are officially acknowledged by the OnePlus Bug Hunter team. The glitchy pocket mode has also been recognized by the company. 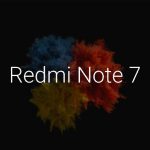