Touch recognition was a marvellous breakthrough in consumer tech. In terms of UI/UX design, interacting with the objects with the touch of your fingers essentially banished various input hardwares in favor of touchscreen.

The transition from feature phones to smartphones consumed that evolution. Touchscreens became an integral part of the modern day smartphones. Multi-finger recognition, perception of gesture etc. were gradually incorporated for smoother interaction.

However, the innovation brought a little side-effect, popularly known as ‘butt/pocket dialing’. Even if the screen is turned off, sometime the underlying touch sensor falsely registers an accidental touch as valid one – resulting unwanted calls.

FYI, the phrase ‘butt-dialing’ was added to the Oxford English Dictionary in August 2015.

In case of smartphones, the aftereffects are not just limited to placing calls. These ghost touches can modify system settings, play music, even order foods. Readers may experience the same once in a while.

Phone makers started to use proximity sensors to mitigate these issues. These nifty sensors emit an electromagnetic beam and look for return signal.

The object being sensed, commonly referred to as the proximity sensor’s target, can be human ear (while placing the phone to talk) or another surface (trouser pockets, for example).

Although proximity sensors are generally very reliable, they can malfunction under certain circumstances. Moreover, features like (double) tap to wake and Smart Lock in conjunction with a failed proximity event may inevitably trigger pocket dialing.

Phone constantly switching on in pocket from galaxys10

Samsung provides an option called ‘Block accidental touches’, which essentially prevents the screen to wake up under dark places (e.g. inside pocket) by reducing the touch detection. Even after enabling it, the users are still facing the issue.

The “Accidental Touch Protection” setting doesn’t seem to do anything. My phone still detects inputs from my leg through my pocket, causing things like messing with the AOD, waking up from a double tap, etc. One time I pulled my phone out of my pocket to see the camera viewfinder! It there something I’m missing or is this setting completely broken?

Is anyone else accidentally touching the edge of the screen an awful alot whilst holding the phone compared to previous galaxy versions?

I swapped from S8+ to S10+ and I rarely had this issue on my old phone.

Before you ask. Yes I’ve enabled the accidental touch protection in the settings. And no, I don’t have have a case, I have a dbrand skin.

As a consequence, the touch registers multiple events. The whole process prevents the phone to sleep and drains battery juice, while making the phone hot due to repeated processing.

I’ve had my s10 plus since the 6th and it too gets way too hot to the point where if I’m on a call it literally feels like it’s burning my ear and face. As today is a public holiday where I am, I have to go see Telstra after work tomorrow.

Someone even called the police by, you know, ‘butt-dialing’!

Disabling double tap to wake (DT2W) and/or always on display (AOD) might be helpful in some cases, as reported by users. It is worth mentioning that the glitch can trigger even on Safe Mode, which indicates that the proximity sensor probably needs a recalibration. Samsung itself provides a utility named Edge Touch as a part of their Good Lock suite. Users can manually adjust the length and thickness of the sensitive zones by this app so that the number of unintended touches around the edges can be minimized.

Now that Good Lock is officially available for One UI, users can fiddle with it to reduce accidental touches and subsequent battery drains.

Paying a fortune for a premium device and toggling off a handy feature for hassle free usage may not an ideal solution.

Have you experienced random wake-ups of your Galaxy S10 inside pocket? Do not forget to let us know.

Galaxy S10 users are now getting new camera night mode feature along with April security update. A handful of new features and fixes such as pocket mode touch optimization are scheduled next, as hinted by an announcement in Samsung Korea forum. According to a Samsung forum moderator, the pocket mode accidental touch protection fix for Galaxy S10 should be there in the latest software update. Details here. 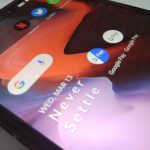