Back in the Marshmallow days, Samsung released a nifty app named Good Lock, via the Galaxy App Store. Samsung’s skin, which was called TouchWiz at that time, offered limited options for customizations.

Samsung slowly moved away from TouchWiz to a revamped UI, dubbed as Samsung Experience. Android 7 Nougat served as the transitioning OS, as Samsung Experience got out of beta with Android 8 Oreo. However, Good Lock was not compatible with it and thus practically abandoned for a while.

After a brief pause, the development team picked it up and released it with tons of new features.

Initially available only in Korea, the 2018 update for Samsung Good Lock brought Oreo compatibility and numerous new plugins. Sideloading the packages was possible for other regional firmwares as well.

Samsung eventually released the update for the USA and other countries. The South Korean OEM has made the whole app very modular in nature, thus it is possible to add new plugins/mini apps without updating the whole base app itself.

Good Lock 2018 allows users to change the colors of the quick settings panel. The lock screen can also be customized with different clock positions and a lock screen dock for up to 6 apps.

There exists an app called One-Handed Operation+, which adds more features to the old version of Samsung’s one-handed mode. Routines can be thought of as a handy automation tool; a lightweight variant of Tasker. The whole package got its last update in December 2018.

Samsung improvised their OS skin once again by introducing One UI (based on Android 9 Pie), which was a direct upgrade over Samsung Experience. Unfortunately, Good Lock 2018 was affected with the underlying changes and rendered useless.

The newest Galaxy S10 family runs One UI. Samsung is busy updating older flagships to Android Pie based One UI as well. And now we have learned that the Good Lock app may be brought back with One UI compatibility.

The developers have announced in Samsung Korea forums that they will start a staged rollout on March 8. The base application will be updated first, while the modules will get the same treatment in subsequent updates.

As Good Lock tightly integrates with the OS, new functionalities like handling the punch hole while repositioning the clock will be there. The modules will get Pie specific changes on top of their native feature sets.

A rough translation is as follows:

Upcoming modules (will be released by the end of March)

The initial release might be limited to Korea, like the previous event. We will update the article accordingly.

The date (March 8) is actually significant, as Galaxy S10 pre-orders would arrive by that day.

Samsung fans, fasten your seat belts! Prepare to enjoy the updated version of Samsung Good Lock on your Galaxy phones.

Samsung engineers pushed the update earlier than expected. You can now grab Good Lock 2019 directly from the Galaxy Store.

Most of the modules has got One UI support, although some of them are still not optimized for Galaxy S10. No need to worry though, as future updates should fix them eventually.

Samsung has not removed the regional restrictions, which means the apps may not be available in your region. You can, however, sideload them easily. 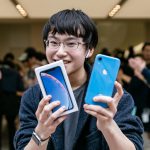