Samsung and their gigantic product portfolio!

We often mock Xiaomi and other Asian OEMs for their ‘shotgun’ marketing strategy – release as much as possible models so that consumers can always pick one according to their needs. Well, Samsung is the one who started it.

Besides making carrier exclusive models, the Korean smartphone maker prefers to maintain region specific firmware builds for the same phone. These factors are effectively increasing the complexity of the update distribution.

For example, Sprint Galaxy S10 users received an emergency software update as a part of an ongoing fix related to severe LTE/data connection issues. Although the update was reportedly not effective for majority of the affected users, it did bring April 2019 security patches.

Other US carrier branded models (such as AT&T, T-Mobile and Verizon) are still stuck with an older build (ASD3) and March security patch level.

Matter of fact, the Exynos powered European models started to get the same ASD5 build as the Sprint variant a few days later. Interestingly, they received a much anticipated feature besides the typical monthly security patches.

It was the long-awaited dedicated night mode in stock Samsung Camera app!

The version number of the stock Samsung Camera app got updated from v9.0.03.29 to v9.0.04.3 with this update. Initially available only on Switzerland (AUT) CSC, Samsung quickly rolled out this ASD5 build to other regions as well.

Firmware trackers have eventually discovered a new build for the Exynos Galaxy S10 models. The build number of the newest update is ASD6 – just a minor increment from the existing ASD5 build.

FYI, if you are curious to know the secret behind this build numbers of Samsung updates, refer to this article.

This new build is reportedly getting rolled out to majority of the European countries as well as other regions. Being a minor incremental build, most of the components remains unchanged from previous ASD5 build.

Must be something BGL specific since the CSC version was updated.

Kernel, security patch and camera firmware are all the same as ASD5.

Galaxy S10 users across the world might notice an update roadmap shared via Samsung Members app. Samsung engineers indicated to fix the following issues within the terms of April:

PiunikaWeb discussed about this tentative update roadmap in this article. While some of them were already noticeable (like the separate night mode for low-light photography), the first entry, i.e. the accidental touch operations inside pocket issue wasn’t mentioned anywhere.

However, a moderator from Samsung EU forums has confirmed the OEM rolled out the fix “in the latest software version”.

When reached out for confirmation on whether the new ASD6 build contains the accidental touch protection fix or not, the moderator’s reply was rather inconclusive.

No worries. The developers maddeningly didn’t state which version number… but I’ll see if I can get that info from them.

April is almost on the verge of ending, thus we should expect that Samsung is already cooking May update patches with device specific fixes. Whether or not this particular fix made its way to the current build can only be determined from user feedback.

Have you received the (new) April update on your Galaxy S10e/S10/S10+? Noticed any improvement in the pocket mode? Let us know by commenting below. 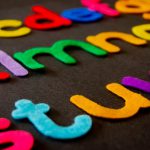 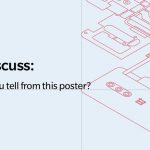