Reserving a $1,000 gadget before release and getting your hands on it earlier than most of the world – you can’t deny all these thrills in this adventure. In the USA, Samsung actually gave the consumers a chance to pre-order the Galaxy S10 two weeks before the retail availability.

While the reservation can be done directly from Samsung, major carriers like Sprint partnered with the Korean tech giant to give extra deals for their customers. However, Sprint branded Galaxy S10 models are plagued with LTE/data connection issues since the inception.

The carrier tried to fix the glitches with two consecutive OTA updates. As a matter of fact, they became the first US carrier to roll out March and April security patches in this process.

However, the situation hardly changed after these software updates. Although some users reportedly got back cellular reception, but data over LTE was barely usable for them.

Before rolling out the April update (ASD5), Sprint acknowledged that some Galaxy S10 units might be beyond repair via software update. In that case, the users should opt for RMA.

We stumbled on a number of vague official statements, like segregating unaffected Galaxy S10 units via the newest update or the possibility of another round of bugfix OTA update. Nevertheless, Sprint has now shared another official knowledge base article about the issue.

Noticeably, they have seconded the claim about pushing preventive measures in updates:

Software version ASC8 was released on 3/27/19 to address this concern. It included a preventative fix, which means non-impacted devices which install ASC8 should avoid the poor experience.

However, the carrier has also acknowledged the existence of faulty devices which can’t be serviced by mere software updates. Replacement is the only way out.

For those Sprint customers, who are still affected by poor LTE coverage/roaming issues/data connection bugs after updates, the carrier is now calling for a full fledged product recall drive to replace the faulty models.

The conditions are as follows:

Post 14-day – Asurion technicians will provide replacements. If no refurbs\recons are available, then the selection will default to new.

The customers do not need to spend a nickel if they go through Sprint Complete service. Otherwise they can also avail paid service or contact with Samsung.

Customers with Sprint Complete (SC) will not be charged a FEE for this exchange as long as there is no evidence of liquid or physical damage to the handset.

Customers without SC will be assessed a $75 fee or can work with Samsung for a manufacture warranty solution.

Users quickly noticed the similarities between the bug reports across devices, but they were told that the “root cause is different”. Sprint and Samsung are investigating complaints that some devices in the Galaxy S8 family are unable to connect to LTE following the DSC1 (Android Pie) update. For now, the software update has been placed on hold and cannot be downloaded. The software update will be released once more when the issues with it have been corrected.

Affected devices should still have access to 3G and WIFI for data. Sprint and Samsung are putting a high priority on resolving this issue but we don’t currently have an expected date of resolution.

The Galaxy and Note lineup share a common software base, thus the Note 8 Pie update (N950USQU5DSC1) should be pulled back as well. You dodged a bullet! The Pie update once installed killed LTE. It has been pulled until a fix is determined.

Don’t you think the whole carrier testing and certification thing is a joke? 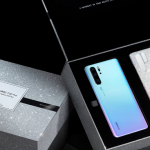