So don’t stop me now

Can’t help myself, but I presume every Sprint users rocking a Samsung Galaxy S10 (or S10e/S10+) started to feel the same thrill when Sprint initiated a dedicated update roll out to fix the infamous LTE / data connection bug.

As matter of fact, the US based carrier did not want to hide the chaotic situation. They officially acknowledged the existence of these network issues several times, and the arrival of the bugfix update was pre-scheduled as well.

Sprint kept the promise, as customers were getting the update prompt (build ASD5) on their Sprint branded Galaxy S10 models with the beginning of April 16. The changelog specifically mentioned LTE performance improvements, along with April security patch level.

No other variant of Galaxy S10 got the April security patches yet, which made Sprint the first carrier to provide it. Aside from that, some users reported steady LTE signals after installing the update.

Oh [email protected]! I actually got a signal without wifi, and the fingerprint is fast as hell. Good job Samsung, I still want my March bill credited for the whole month the lmao.

However, the initial reception quickly turned into a horror show, as users started to experience the same old glitches (lose of cellular reception, unable to call/send SMS even after the presence of signal bars/no data connectivity etc.) after a while.

@sprintcare @sprint So the update pushed to Sprint Samsung Galaxy S10 phones this morning did not fix connectivity issues, I still have problems sending sms/mms, have spotty data, and cannot leave "roaming" at my own home. This never happened before a week ago. What's next? HELP

@sprintcare Having some major LTE issues with my Samsung S10+ on the sprint network. I have recently updated to the latest update that came out today but I am still experiencing LTE connectivity issues.

The official Sprint forum is being overflowed with similar reports. Other public platforms, like Twitter, reddit and even Samsung US community forums are getting filled up with complains.

At this moment, the situation is becoming increasingly convoluted, as affected users can not properly identify the root cause. Is it Sprint or Samsung or Android itself?

I’m sure I’ll be told to do a PRL, profile, factory reset, ##72786#, ##update#…then if I go in the store I’m sure it’ll work perfectly there but in the areas that matter (i.e. home and work) it will not. How is this ok? After being a sprint customer for nearly 10 years…I’m seriously considering jumping even if it means paying more monthly. Granted I’ll probably be gouged on my ‘lease’ term but the fact is, its a network that hasn’t delivered for this flagship phone. ><, rant over.

Sprint customer Tim Bock (@Tim_Bock) has got a somewhat strange reply from Sprint support. The carrier is allegedly trying to prevent the working phones from getting affected by the network issues using this particular update (ASD5).

The statement may sound kind of pragmatic, as Sprint previously told their customers to opt for RMA as last resort. Can it be possible that a certain batch of Sprint units contain a faulty hardware component?

Some users even tried to overcome the faulty network by installing local signal boosters, like the Sprint Magic Box. The outcome was flaky, just as before.

Pretty much the same as Zendo650. Magic Box (MB) on 41 full bars, low data rates. Mine doesn’t overheat if I unplug the MB just no data.

Meanwhile, a bunch of frustrated users are now trying to avail the direct manufacturer warranty from Samsung and get a replacement.

Your phone should still have a 1 Year manufacturer warranty. Call Samsung and don’t ever get off the phone until they replace it. It doesn’t matter if Samsung will say that it’s Sprint’s fault. Samsung should sell you a phone that works with your carrier, period. Sprint users may get another round of bugfix update, as hinted by a Sprint Social Media Advocacy & Resolution Team (S.M.A.R.T) agent. Have you got the latest update from Sprint? Noticed any improvement? Comment below. 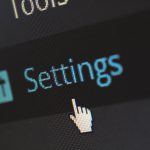