Lack of uniformity between market standards is one of the prime reasons for which product makers need to create different variations of a single product.

Take the example of phones – the fifth generation (5G) cellular connectivity is almost here, but the CDMA-GSM war is still going on (at least in the USA).

Smartphone makers like OnePlus prefer to produce absolutely minimum number of device variants. The OnePlus 6 came with two distinct models – A6000 (for India/China) & A6003 (for Europe and rest of the world). Aside from cellular band support, they are identical.

In terms of software, both models get same build of OxygenOS (a skin created by OnePlus) globally. Google follows the same approach: their Pixel lineup of phones get unified OTA updates, irrespective of cellular carrier (Verizon/Project Fi).

Samsung, however, like to make things complicated. At one time, they even manufactured separate hardware models for every major US carrier – Galaxy S5 had SM-G900A (AT&T), SM-G900P (Sprint), SM-G900T (T-Mobile), SM-G900V (Verizon) and countless other variants.

In a previous article, we described the current scenario of Samsung Galaxy series and carrier branded models. Internally they are absolutely same, but the carrier-specific user data is the differentiating factor.

Features exclusive to carriers, like Wi-Fi calling, RCS/Advanced Messaging and bundled apps differ from model to model, depending on the user data type. It is even possible to transform/unbrand/rebrand US Snapdragon models by swapping the userdata.

interesting note for using the u1 firmware on an att phone: i now have unlimited LTE hotspot, I don’t pay for the plan that includes 15gb of LTE hotspot, and while using the official ATT firmware, I have no hotspot at all.

Talking about software updates, the unlocked models usually get them at first, followed by carrier branded variants.

Allow me to clarify the cryptic looking build numbers:

As you can see, the day-one patch was clearly compiled in February, although Samsung decided to roll it our in March. The March build, combined with March security patches started rolling out at the end of the last month.

Sprint was the first US carrier who distributed ASC8 update. Later on, they acknowledged that the primary intention of the update was to fix glitchy network issues.

As a matter of fact, the network fixes with this build are not enough to solve all the issues, and Sprint officially advises the affected users to opt for RMA. Verizon reportedly became the second provider to distribute the March update for their customers. Interestingly, the build version of their update is ASCA, which is newer than Sprint’s ASC8.

FYI, the global Exynos powered Galaxy S10 models are also getting the ASC8 update after the ASCA build was pulled back by Samsung.

Now redditor u/Anthonylee12 has spotted a new build (ASD3), which is allegedly rolling out to the T-Mobile branded Galaxy S10+ at this moment.

The image seems to be captured inside a (T-Mobile) showroom. The changelog tells nothing new, except the typical stability and bug fixes.

However, the build number (G975USQU1ASD3) itself is fascinating. It indicates that Samsung is going to push new builds compiled in April (notice the ‘D’ part) for other Galaxy S10 models, bundling older March security patches.

XDA developer kangi26, the creator of the firmware.science project, successfully captured the incremental OTA update. It can be downloaded by clicking here.

The update zip can be sideloaded on every US Snapdragon Galaxy S10 Plus model running ASBA build.

This is a Snapdragon update. Must be on latest SBA firmware. Download, copy to SD card and power the phone down. After it’s off, hold power, bixby and volume up until you see Samsung S10+ screen, or you can hold until you see the blue screen, then let go. Choose update from sd card and choose the dowloaded file you copied to SD card.

Only a handful of users have got the update prompt (or flashed manually), thus analysing the aftereffects of this new build is kind of difficult at this moment. For a user, the fingerprint scanner performances improves drastically.

This made a HUGE improvement on fingerprints for me. I deleted all my saved and when i re-did them, it registered every touch with very little pressure for 4 fingers. (I do two for each thumb) I maybe got 3 errors saying press harder the whole setup.

Before i had to press pretty hard. When unlocking it unlocked 10 out of 10 times and quicker than before. I haven’t found a changelog so i’m not sure what else is in it. It is 536MB. Enjoy and please post what you find has changed. UPDATE: I stopped counting at 50.. but only 2 errors unlocking with 50+ tries.

The official update tracker page for T-Mobile Galaxy S10+ has not been updated yet, but I’m not surprised. ?

The internal build of March update (ASD3) is now available for the Samsung Galaxy S10e and S10 US carrier variants as well. See here for more info. 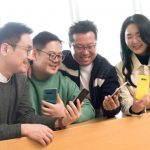