The software update scenario in Android phones is the Achilles heel of the ecosystem. We love to pick this topic while writing articles: all these fragmentations, launching new phones with (almost) two generations old operating system – the list just goes on.

Samsung is one of the largest Android OEMs in the world, but their update strategy is as convoluted as the other mediocre players in the market. They have recently announced monthly security updates for their flagship phones as well as select mid-rangers.

The Galaxy S10 lineup is the current generation flagship from the South Korean smartphone maker. Readers may recall that the monthly update situation of the series is little bit complicated at this moment.

While the global Exynos powered models are getting quicker updates, the US carrier models are lagging behind. The tradition is nothing new though, thus many users prefer to convert/unbrand their phones.

Manual flashing or unbranding are some of the handy tricks to circumvent the carrier imposed limitations and delays, but not everyone is comfortable to play with their $1,000 gadgets.

Among the major US carriers, Sprint was the first to roll out the March security patches in the form of ASC8 build.

Besides typical stability patches, Sprint also included important network fixes to correct the LTE/ data connection glitches. However, some of the phones may need to be replaced physically to fix those bugs.

Afterwards, Verizon users reportedly got the March update. The build version of their update is ASCA, which is newer than Sprint’s ASC8. As a matter of fact, the global users are now getting the ASCA OTA after Samsung pulled back the ASC8 build for unknown reasons.

Although T-Mobile and AT&T’s official update tracker pages are still reporting the day-one patch (ASBA) as the latest one, some users got a new build (ASD3) on their T-Mobile branded Galaxy S10+.

We reported about the new update and described the April compilation date from the build number. The incremental update for Galaxy S10 Plus was captured by the creators of the firmware.science project.

After a day or so, people behind the firmware.science tracker have been able to capture the incremental OTA zips of the Galaxy S10e and the regular Galaxy S10 as well.

There are 3 new updates for any carrier locked S10e, S10, or S10+. All up on https://t.co/ixUaPsdTPJ. Thanks to @RydahTheMod for pulling the OTAs.

FYI, these update zip packages can be manually sideloaded on every US Snapdragon Galaxy S10 carrier variant running ASBA build.

This is a Snapdragon update. Must be on latest SBA firmware. Download, copy to SD card and power the phone down. After it’s off, hold power, bixby and volume up until you see Samsung S10+ screen, or you can hold until you see the blue screen, then let go. Choose update from sd card and choose the dowloaded file you copied to SD card.

Although these builds have been captured on T-Mobile variants, users on other carriers can safely use them to upgrade their phones.

Works for all carriers. No data loss here 24 hours later. Perfect! Verizon and no issues.

Its not just for tmobile

nah not this, this is an update that tmobile is pushing VERY soon. most other carriers should be doing it as well.

We still don’t know anything about the official release of this particular build, but we guess the US carriers are internally testing it. You know, carrier certification is an elongated process.

By the way, I have the Whitestone Dome installed, it’s a significant improvement over what it was before. Almost as good, if not just as good, as the previous update with the stock screen protector installed!

Definitely worth flashing this!

Are you planning to bite the bullet and update to this build manually? Comment below.

A redditor contacted T-Mobile support and they confirmed the existence of this (ASD3) build. It should be rolling out shortly. 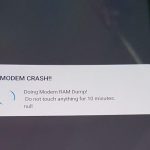 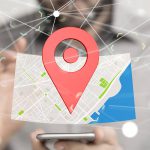