Samsung Galaxy S10: How to manually unbrand & update US models

Samsung ships two variants of Galaxy S/Note lineup in terms of SoC: the USA/Latin America/China market gets Qualcomm Snapdragon powered models whereas Exynos model is headed towards rest of the world. You may find more detailed information in this article.

The US Snapdragon models are further locked down, thanks to the partnership between Samsung and almighty cellular carriers. The carrier branded Galaxy smartphones come with a permanently locked bootloader.

Although Samsung sells a carrier unlocked variant in USA via their own online shop and other retail channels, they decide to lock down the bootloader of it as well.

Depending on carrier configs, the internal radios were different between those variants. Samsung produced separate firmware for these carrier specific models.

To save the hassle, the South Korean OEM redesigned the whole approach. They have unified the underlying hardware, whereas the firmwares are differentiating factors.

In case of Galaxy S10 lineup, the model numbers of the US models are as follows:

The ‘U’ at the ending denotes the US edition. As a matter of fact, the carrier specific models basically run almost same firmware. It’s the bundled userdata which is different and responsible for carrier bloatwares as well as ‘exclusive features’.

The SIM unlocked model runs a special ‘U1’ firmware. It is preferable for many users, mostly because of the less number of bundled apps and quicker updates.

Interestingly, it is possible to cross-flash the firmwares. It means, you can grab a sweet deal from your carrier and afterwards replace the bloatware-ridden software with a clean lightweight version. In case you’re curious, it can be done on locked bootloader as well.

The pre-ordered Galaxy S10 phones came with G97xUSQU1ASAT (x can be 0/3/5, depending on model number) firmware. A day-one patch is currently rolling out, which is upgrading the build number to G97xUSQU1ASBA.

The patch improves the performance of the fingerprint scanner and brings camera stability. In a typical manner, the carrier branded models have got the update days after the unlocked ones.

For the conveniences of the readers, we have listed the S10 update tracking pages from major US carriers:

Thanks to XDA member iBowToAndroid, it is possible to grab the firmwares of US Snapdragon models in ODIN flashable format. He has created separate threads for S10e, S10 and S10+ and shared the firmware packs via AndroidFileHost mirrors.

So “SAT – 1 – 9.0” means the full build number ends in SAT, it’s bootloader version 1, and Android 9.0. When bootloader and Android versions increment, the first build to have those changes will have its folder notated appropriately.

There are other third party services (both paid and free) to download ODIN flashable packages, but most of them are not yet updated with these builds. He is kind enough to include userdata bundles from smaller carriers, such as AIO = Cricket Wireless (AIO), Xfinity Mobile / Comcast (CCT), CHA – Spectrum Mobile/ Charter (CHA) and Metro PCS (TMK).

Successfully converted my Verizon S10e to U1 firmware. Thanks OP. If anyone has trouble or issues just ask.

It is even possible to bypass artificial limitations imposed by carriers:

interesting note for using the u1 firmware on an att phone: i now have unlimited LTE hotspot, I don’t pay for the plan that includes 15gb of LTE hotspot, and while using the official ATT firmware, I have no hotspot at all.

Users need to use the latest version of (patched) ODIN on Windows to flash these firmwares. There are other alternatives like Heimdall, but you may need to compile it yourself from the latest codebase to ensure compatibility.

Flashing your phone is a risky job, so do read the guides properly and consult with other users. You certainly don’t want to convert your shiny new Galaxy S10 into a fancy paperweight. 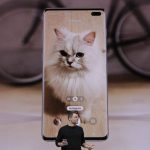 Samsung Galaxy S10 camera Instagram Mode: What do you think about this new feature?