Chromecast hacker (@HackerGiraffe) says he is getting “panic attacks” after being told the FBI is building a case against him. He also revealed has been getting death threats for quite sometime now, with some messages even detailing how they will kill him and his family. Complete story here

The hack is complete now. It affected close to 70k devices.

Our chromecast and smart TV hack is now complete. Thank you and please, stay say, and most importantly: never leave a port open someone can mess with.https://t.co/H2WOHQNkE8

Thank you to my partner @HackerGiraffe

Earlier today, we told you about a Google Chromecast hack where-in hackers managed to display a PSA on TVs, making viewers aware of the ongoing PewDiePie vs T-Series subscriber war on YouTube, and urging them to subscribe to PewDiePie.

#chromecasthack this guy is doing it right. Go sub to @pewdiepie pic.twitter.com/9bE4uwq8bW

And now, another hack is going on as we speak. This time, there are more than one targets, including Chromecast and Google Home devices, as well as Smart TVs. Unlike the first Chromecast hack (read our update here), this hack is being done by Twitter users @HackerGiraffe and @j3ws3r.

For those who aren’t aware, both these hackers came together earlier to hack printers worldwide. That hack too was done to urge people to support PewDiePie (YouTube’s most subscribed channel) in its subscriber war against Indian music label T-Series.

@HackerGiraffe announced the hack – being dubbed as #CastHack – about an hour ago through a tweet.

Now take a look at the page where this hack is detailed, along with real time statistics of devices hacked.

So you can see, details like total exposed devices to current target to total devices hacked in each category, the page lists everything, and is being updated in real time. Following are some of the other key details you’ll find on the page:

What is going on? — If you came here because you’re a victim of #CastHack, then know that your Chromecast/SmartTV/GoogleHome is exposed to the public internet, and is leaking sensitive information related to your device and home

What information is being leaked? — What WIFI your Chromecast/Google Home is connected to, what bluetooth devices it has paired to, how long it’s been on, what WiFi networks your device remembers, what alarms you have set, and much more

What can hackers do with this? — Assuming the Chromecast/Google Home is the only problem you have, hackers CANNOT access other devices on the network or sniff information besides WIFI points and Bluetooth devices. They also don’t have access to your personal Google account, nor the Google Home’s microphone. They do have access to the noise level in the room though

What do you want? — Well, fix your device first. Also subscribe to PewDiePie on YouTube! Also Pyrocynical, Dolan Dark and grandayy

Here’s what a hacked TV displays:

Aside from supporting the #subscribetopewdiepie campaign, hacks done by these hackers have had this bottom line of making people aware of the loophole which led to their devices getting hacked. And that’s the case this time as well.

As was the case with the printer hack, this is also apparently a harmless hack. So don’t panic if your TV randomly starts playing a PewDiePie soundtrack. Just goes to show how innovative some of the PewDiePie fans are when it comes to garnering support for their favorite YouTuber.

Not only hackers, but individuals in large numbers have also been doing whatever they can to gather support for PewDiePie and increase his YouTube subscriber count. But there is an ugly side of this fan base as well, as many have been sending death and rape threats to journalists who criticized PewDiePie in their news stories. 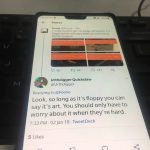