If you are a PewDiePie follower or have interest in hacking and hackers in general, you may be aware of recent printer hacks carried out by a couple of hacker fans of the Swedish YouTuber. The first such hack happened late last month:

Why are local printers being hacked for this pic.twitter.com/fAnNTIp6ds

So this just randomly printed on one of our work printers. I think @pewdiepie has hacked our systems. pic.twitter.com/wSG9cprJ4s

Then this month, thousands of printers worldwide got hacked once again.

While the first hack was all about gathering support for PewDiePie, in the second hack, the printed fliers also contained information on open printer ports that expose these machines to the Internet and hence make them vulnerable to hacks.

Looks like the awareness campaign – run by hackers with Twitter handles @HackerGiraffe and @j3ws3r – has borne fruits as printer companies have apparently taken notice of these efforts and have started informing users to tighten up settings in order to avoid such hacks in future.

Take a look at the following screenshot shared by a user on Twitter:

We checked out an HP support page titled HP Printers – Minimum security settings for products on the open Internet, and found that it suggests users – among other things – to disable port 9100. Now, if you take a look at @HackerGiraffe tweets, you’ll see the hacker used this port to carry out the printer hack.

So it’s likely that HP added suggestions like these after recent printer hacks by PewDiePie fans. It’s good to see young hackers raising security awareness while garnering support for their favorite YouTuber.

This development specifically assumes significance given that an online service cropped up in wake of these printer hacks, advertising it will carry out similar hacks for any and everyone. 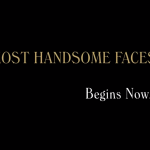