Hacker Giraffe wasn’t a popular name a month ago. But after hacking thousands of printers and Chromecasts worldwide, that name quickly gained massive popularity. To give you a quick idea, their Twitter account gained over 25,000 followers in this short span of few weeks.

But all this popularity has come at a price, it appears. If you take a look at the Twitter account of @HackerGiraffe, you’ll see all the tweets have been deleted. There are now only a handful of tweets, with one of them containing an audio broadcast wherein the hacker says they deleted their Twitter account only to recover it later.

So, what happened? Let me give you a quick brief of what the hacker said in the broadcast. Basically, @HackerGiraffe says he was getting death threats for quite sometime now, with some messages even detailing how they will come to his home and kill him and his family.

Then today, someone on their discord server told them FBI is building a case against them, presumably in light of their printer and Chromecast hacks. @HackerGiraffe says he doesn’t know how true this is, but was enough for him to freak out.

So he deleted all his accounts, including cloudflare, github, discord, patreon, and more. He even deleted his Twitter account but then recovered/restored it. He said he needs a break, wants to run away.

He specifically pointed out that chromecast loophole he exploited is 5 years old and printer hack is 2 years old. “Nobody cared all this while,” the hacker said.

@HackerGiraffe also stressed that after the printer hack, the number of printers exposed to the Internet has decreased. Similarly, he said the Chromecast hack forced Google to push a hotfix. For those who aren’t aware, YouTube removed the video these hackers used to play on TV after hacking chromecasts.

He maintained making people of aware of vulnerabilities was a major goal of these hacks, and lashed out at media for only focusing on the #subscribetoPewDiePie part. Referring to news articles, he said they made him feel like a “blind bimbo” who is just a die hard PewDiePie fan.

He said he’s currently in “shittiest mental state” and getting panic attacks. @HackerGiraffe further said he won’t be doing any public stuff from now on, and may delete the Twitter account again. If that happens, he will reach to the public/media through @j3ws3r (whom he partnered with for printer and Chromecast attacks).

It’s worth mentioning that while we were creating a transcript of the audio broadcast, we saw multiple new tweets from the @HackerGiraffe account. One was about a Twitter user who was claiming that they are the one who originally carried out printer and Chromecast hacks.

Then I also came across tweets that claimed (without any proof) the @HackerGiraffe twitter account is now being operated by someone else. So you see, situation is a bit messy at the moment. I will update the story with more newsworthy stuff as and when I find it.

Meanwhile, here’s what the hacker said in his last tweet:

I’m escaping from all this. Paranoia won’t settle down. Will be watching DMs occasionally for important things. No tweets, no hacks, no anything for a while, please. I love you all. I hope what I’ve done has made the world just slightly safer. HackerGiraffe, out

Let me know in comments below what you think about this whole episode. 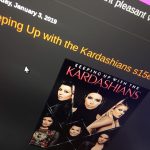 [Updated] TV Muse may be gone forever, but someone is still sharing all latest links