Chromecast hacker (@HackerGiraffe) says he is getting “panic attacks” after being told the FBI is building a case against him. He also revealed has been getting death threats for quite sometime now, with some messages even detailing how they will kill him and his family. Complete story here

-> @HackerGiraffe has clarified that the current Chromecast hack is by Twitter user @friendlyh4xx0r.

They are on it again. Yes, after hacking thousands of printers worldwide (not once, but twice), PewDiePie’s hacker fans have now managed to hack Google’s Chromecast streaming dongles. The motive behind the hack, no points for guessing, is to gather support for the Swedish Youtuber.

The hack displays a PSA on TVs, making viewers aware of the ongoing PewDiePie vs T-Series subscriber war on YouTube, and urging them to subscribe to PewDiePie. The hackers also make sure they share instructions on how to protect your TV.

The hack was carried out by the same hacker (@HackerGiraffe) who hacked printers worldwide to print fliers urging support for PewDiePie, YouTube’s most subscribed channel (it recently came to light that printer companies have started taking notice of printer vulnerabilities brought to light by these hacks).

If you have been the victim of this attack, users are sharing steps that you need to take. One such tweet was retweeted by the hacker himself:

Block ports UDP 1900 and TCP 8008 in your router. This should stop #Chromecasthack from affecting your televisions.

This can be done via a firewall/router or by port forwarding to an IP address that doesn't exist.

Regardless, many Chromecast users have approached Google to ask what steps they should take in order to prevent their Chromecast from being hacked again.

For its part, Google is asking for private discussion on the topic, at least if you are asking for help on Twitter.

However, on Reddit, Chromecast team members are getting in touch with those affected, asking them to provide more information so that they can look into the matter deeper.

We’re monitoring the entire situation, and will update this story as and when we find more news worthy stuff related the matter. Until then, share your thoughts about these pro PewDiePie hacks in the comments section below.

Also read: How a section of PewDiePie fans are threatening journalists with death and rape for their negative coverage of the YouTuber. 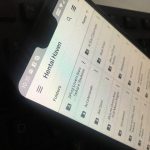