Be it the shutdown of the popular media/movie streaming app MovieBox (earlier available on iOS), or wear-out of its Android kin ShowBox, PiunikaWeb has been upfront and the first media publication to bring the matters to light.

Coming to the current scenario, there are a lot of speculations going on about whether or not ShowBox has also been shutdown, just like MovieBox. So let’s try and clear the air.

While there’s no official confirmation from the app developers yet, some of the major publications have highlighted that the app not working mess is due to a bug fix. All credit to @Showboxapkpro, a Twitter account that shared this information while reverting back to the affected app users.

App is going through a bug fix. Dont worry it will be over soon

In fact, the same account also shared a video claiming to fix the ShowBox not working issue.

Before you get your hopes high, wait up. It’s worth pointing out that the Twitter account which informed users about the bug fix, was created only in November, and the first tweet made by it was just a few days back on November 28. So we’re not sure whether it’s ShowBox’s official handle or not.

Moreover, the string of comments that follow the video call the account fake, and the fix of no help. Take a look at what some of the users said:

It's not working. The link won't work. It downloads but won't open. It says no app

I've did this and I'm still getting the same error message! Very frustrating.... pic.twitter.com/bFtWOMZf6V

It sad, that an app as popular as ShowBox despite being down for so many days has neither received a fix (if at all it’s a glitch) nor an official statement. And, all users can do is, either wait for the service to get back in action or its developers to acknowledge that they have pulled plugs on the app.

Whatever the case, we’ll keep you posted as and when anything new comes to our notice. Meanwhile, we have compiled a list of the substitute applications that you can at least give a shot. Head here to read more about them. 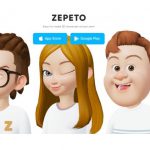 In wake of Zepeto tracking rumors, here’s what you should know about the app/service 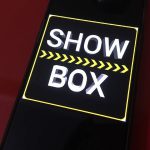 Using ShowBox (and similar apps) can result in lawsuit