After a brief period of uncertainty when it was down, extremely popular app Showbox made a return early this month. So it’s been nearly a couple of weeks since the controversial app is working again, and now the team behind the app has revealed the most watched show by users in this time period.

The revelation was made in tweet. Here’s what the team said:

Since the comeback of #Showbox the most watched show is #TheFlash

As for the question the team asked in the tweet, here are the responses so far:

Station 19 is my go to atm! Think I’ve watched nearly everything! Lol.

The Haunting Of Hill House ?

We also came across multiple users asking when the new bohemian rhapsody film will be available on ShowBox:

@RealShowBox why isnt there bohemian rhapsody?

Team Showbox’s indulgence in regular, app-related interaction with users indicates the issues with their services – especially the legal ones, that caused the service to go down for nearly a week – have been fixed (temporarily, if not permanently).

For those who aren’t aware, it was November-end when it came to light that after Moviebox (a free media streaming app for iOS devices), Showbox – which is for Android – has also stopped working. While at first it seemed like a small glitch, but then days passed by and situation remained unchanged.

However, the app started working – with intermittent issues though – December 3 onward. One day prior to that, Showbox developers took to Twitter to explain what happened. They said due to legal issues their services have were declined.

Just in case you want to dive in deep, we covered in detail about the lawsuits that Showbox developers have been dealing with.

While the ShowBox situation seems to be back to normal now, we recently highlighted some major confusions and rumors that are still surrounding the app. For example, despite developers coming out publicly to announce that Showbox is back, a lot of users still aren’t aware of this development.

Showbox is dead, happened a couple weeks ago

In addition, given the media coverage (2) on how using Showbox can land you (yes you, the end user) in legal trouble, it’s reasonable to assume a significant number of existing users would now be worried about their safety.

#showbox My only concern is it safe. Will we all get sued if we use it. 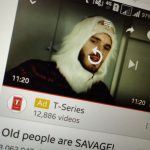