Looking for alternatives to ShowBox? We have collected a list of user suggested names. Head here for details.

Earlier today, we were the first major publication to bring to light the fact that MovieBox – a free media streaming app for iOS devices – has reportedly been shut down. And now, it’s coming to light that its Android counterpart ShowBox is also not working for the past day or so, triggering speculations that developers might have pulled the plug on it as well.

Anybody else having problems? #SHOWBOX

Does anyone know what's going on with #showbox?

Showbox never had any issues. It worked fine last night. Why is this shutting down? Where did this info come from?

Sadly, there’s currently no official information on exactly what is going on with the service. We have already reached out to the developers of MovieBox but haven’t heard back yet. While we wait for that, here’s hoping there will soon be some clarity on ShowBox as well.

Showbox, if you aren’t aware, have been in news a few days back. It was reported that a couple of websites promoting the app have started displaying a warning telling visitors that they are being watched as well. This was done as part of the websites’ settlement with movie companies. More info on that here. 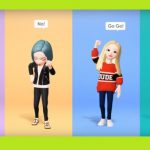