Status is more or less the same as yesterday. Number of users for whom ShowBox is working is now increased, but there’s still a significant number of users who are saying the app is not working for them.

We are now mix reports about ShowBox. While some say it’s working, for others, the app is still not working. However, those who say the app is working, are complaining that TV shows still don’t work.

We kept repeating in our ShowBox coverage so far that until there’s an official announcement, don’t conclude that the Android app is dead. Well, looks like that’s indeed the case – ShowBox may not be dead after all.

Reports are pouring in that the app is again back up and working. According to users, a new update arrived for the app recently (we’re not sure, could be version 5.23) and after it got installed, the app started working again.

That’s certainly good news for fans of the app, many of who didn’t like ShowBox alternatives that currently exist. We’ll be sharing these reports with you in this story, but before that we want to make you aware of some important information related to ShowBox.

ShowBox has been on the receiving end of a legal battle between its creators/distributors and movie studios. The battle culminated recently with websites distributing the app agreeing to show a warning that users of the app may face lawsuit if they are found watching copyright protected content through the app.

And just in case you are wondering how would movie studios know who is using the app, the warning effectively says this info is collected by the app and studios have access to it. We’ve covered all this in detail here, so do take a look.

With all that out of the way, here’s a series of tweets made by users who say the app is up and working. Some users have also shared an apk. Be warned that such apk’s may contain viruses and malware, so make sure to test them (here’s how) before installing. In the end, there’s also a video showing the app in action on a TV.

I just checked my showbox 2hrs ago & there was a new update. Working great now.

My showbox has updated n seems to be workin fine

Good old showbox back up and running

Woohoo #SHOWBOX is back , happy days

Showbox is back.. Incase anyone was wondering

This story is developing…. 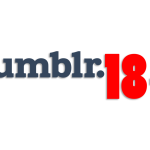 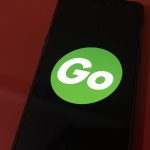