Apple’s iOS 15 update is steadily reaching eligible iPhone models but there are several bugs and issues which have been troubling users.

To recall, there have been reports of Siri not working or playing music on HomePod, not sending emails, DND option to show notifications while unlocked removed, Telegram and Instagram not playing music files, and more.

Now, it seems users of the SiriusXM app have been facing some issues which are preventing them from using the app with Apple CarPlay on iOS 15.

As per multiple reports, the SiriusXM app is not working with CarPlay after the iOS 15 update and users are getting the ‘Unable to Connect to “SiriusXM”‘ message in the CarPlay UI.

The problem appears to be widespread as many iPhone users running iOS 15 have been reporting about it. Also, there are currently no workarounds to get SiriusXM to work with Apple CarPlay.

@SIRIUSXM CarPlay not working in the app on iOS15. All my other streaming apps work perfectly. Guess 3 months wasn’t enough time to test against a new os version.
Source

The other night I download and installed the new ios 15 update and ever since then my SiriusXM won’t show up on my Nissan factory head unit and screen.

It’s just a black screen, with a loading wheel then says “can’t connect to SiriusXM” If I go to the app in my iPhone I can play the audio. But nothing shows up on the Nissan screen. If I want to change channels I have to do it on my iPhone.

I never had any issues before the last update.
Source

Several reports even outline that other apps like Amazon Music, Apple Music, and more are also not working with Apple CarPlay. It is, however, unclear whether the same problem is affecting SiriusXM and the other apps or not.

Anyone having issues connecting with CarPlay not connecting back to the iphone? I thought I was having issues with my sirius xm app but this problem replicated with my Apple Music app as well, there’s a disconnect when loading content with the CarPlay interface and the iphone.

The only way to make this work is manually using the iphone to make it work.

I used two cars with apple CarPlay and the same issue popped up and next thing you know my girlfriend is yelling at me for upgrading her iphone early because I found out she’s having problems with her CarPlay app as well.

I don’t know if the Apple Relay has any problems with this.

This is an example of what I am seeing:

This is prevalent through my music apps on my iPhone 12 Btw.
Source

This is because SiriusXM Help has acknowledged the issue where the ‘Unable to connect’ message is coming up in Apple CarPlay on iOS 15. A fix for this issue is also being looked into.

This further indicates that the problem might be with the SiriusXM app itself and not with iOS 15. However, this is still based on speculation as SiriusXM Help has not provided much details on the matter.

Affected users may not have to face this problem for too long now that it has been acknowledged and is being looked into. However, support has not provided any ETA for a fix.

On the other hand, it is also possible that a future iOS 15 update might resolve the issues with music apps not working with Apple CarPlay, in case the problem is related to iOS 15.

Hopefully, the aforementioned problems get resolved soon so that iPhone users can use media apps with Apple CarPlay without any hassle.

In the meantime, be sure to keep an eye on our dedicated iOS 15 update and issues trackers to get the latest updates on the topics.

03:37 pm (IST): User reports (1, 2) suggest that the issue with SiriusXM, Amazon Music, and possibly other audio sources has been fixed after the iOS 15.0.2 update.

Thus, we’d suggest installing the new build to those who were facing the problem.

03:45 pm (IST): SiriusXM support team confirmed that the aforementioned issues with CarPlay are solved by updating to iOS 15.1.

However, one of the disgruntled users points out that iOS 15.1 is only available as a beta. To this, SiriusXM support responds by saying that the development team is working on a fix.

Another user affected by the problem confirms that, even with the latest version of the application, the problems continue. So it seems that iOS 15.1 is currently critical for SiriusXM to work properly with CarPlay. 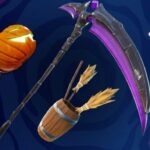 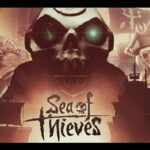