This is only natural with most major OS updates as it takes some time to get used to some of the new features which at first might seem like bugs. Now, iPhone users have come across one such change in iOS 15 which is acting more like an issue. As per multiple reports, there is no sound in Instagram Stories after the iOS 15 update.

This is inconveniencing users as they are unable to use Instagram properly. However, this only occurs when the silent mode is active. Basically, Instagram Stories get muted if users mute their iPhone.

Thus the only way to listen to Instagram Stories is disable the silent mode on the iPhone running iOS 15. However, this was not the case in previous iOS versions like iOS 14.

i updated to ios 15 and now instagram stories have no sound. damn inefficient state
Source

So I turned off my phone, uninstalled and installed Instagram to find out that it was a matter of the new iOS update not being able to listen to the stories ???
Source

Also, Apple has not made any comments on the matter so far and support has only been providing affected users with generic troubleshooting steps individually which are not helping them.

One of the affected users even pointed out that they are facing this problem with other apps as well. So, it is possible that YouTube, Facebook, and other apps are also affected when silent mode is enabled.

Whether this is an iOS 15 feature, default behavior in silent mode, or a bug is unclear as the Cupertino giant is yet to shed more light on the matter.

If it is indeed an issue then it is possible that Apple might fix it in a future update. However, this is still based on speculation until the tech giant clarifies things.

In the meantime, be sure to keep an eye on our dedicated iOS 15 bugs and issues tracker to get the latest updates on the topic.

12:25 pm (IST): Affected iOS 15 users might want to check out this YouTube video that goes through some of the possible workarounds to this issue.

12:21 pm (IST): The latest Instagram update for iOS devices reportedly fixes the issue where audio is missing from Instagram Stories.

The audio should play even with the ringer off after you press the volume up or down button at least once. 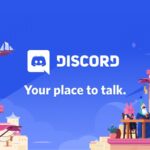