Google Meet came to be sometime in April 2020, tossing itself in a field that Zoom already was one of the dominant players.

Make no mistake, Google Meet is not as new as you might think. In fact, it could be older than some of you guys having been through multiple rebrands since 2005 from Google Talk via Hangouts.

Today, Meet stands out as one of the best video conferencing platforms available for people working from home or even those undertaking distance learning courses.

But as you’d expect from a service that is constantly evolving to meet different user needs, Google Meet is far from perfect. In fact, we’ve had plenty to share regarding Meet over the recent past.

Be it annoying bugs such as the missing Activities and breakout rooms, persistent bottom toolbar, overheating laptops/MacBooks, or even a bunch of upcoming features. We also highlighted the plight of some Meet users who wish to have Google add the option to sort meeting participants by their last name as well as support for background blur in Firefox.

In yet another feature request attempt, multiple Google Meet users would like to see the video conferencing tool pick up yet another useful feature akin to the competing Zoom.

Apparently, Google Meet users want co-hosting abilities added to the platform — a feature that allows meeting creators/hosts to share hosting privileges with someone else. This allows the assigned co-host to step in whenever the original host isn’t available.

Hello! Those of us who teach special needs children need this feature to help us managing the classroom. I have a co-teacher and an instructional aide who need to be able to help in behavior/teaching. We utilize the breakout rooms for small group instruction; but due to only having one host, only one teacher can mute the students when needed. Again, this is a necessary tool for helping our kids.

I do not believe there aren’t thousands of requests from teachers from all ages and subjects needing this important feature. Other companies, like zoom, currently have this feature. PLEASE HELP SPECIAL EDUCATION TEACHERS!!! THANK YOU!!!
Source

With the new Enterprise upgrades, Meet hosting is really important. When one teacher signs in before another, they are the only ones that can control breakout rooms, polls, etc. Is there a way to transfer host abilities or co-host a Meet?
Source

On Zoom, for instance, the co-host enjoys the same privileges as the host, meaning s/he can begin/end a session, mute participants, prevent others from screen sharing or even lock out others from joining the meeting. But Google Meet hosts are missing out on this little nifty feature, only limiting hosting abilities to one person.

As seen above, the feature is mostly requested by special education teachers, so it’d be a nice gesture if Google listened. But of course, this isn’t the only use case.

For now, we can’t tell if and when Google will bring co-hosting abilities to Meet. On the brighter side, a product expert did mention sometime last year that Google is aware of this feature request.

As usual, we will be keeping an eye on the developments and update this article as and when we have news.

It looks like Google has updated the upcoming Workspace release notes with details of more Meet features, among them the support for co-hosting abilities. Apparently, the feature is still under development.

[Multi-moderators in Meet]
– Meeting hosts can share hosting privileges with other meeting participants by promoting them to co-hosts. Allows the host and co-hosts to ensure that all aspects of their meetings are managed effectively and with control.

At this point, no one knows when the feature will go live, but it’s nice to know that Google is working on it.

Google, through a community manager, has announced that the company has fully rolled out the ability to have up to 25 co-hosts within a Google Meet meeting. This feature will be supported for users on Desktop, iOS, and Android. The rollout started back on August 16.

Weeks later, however, several Google Meet users note that they can’t get this feature to work for them, more on that here. 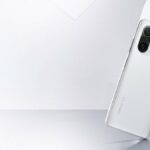