Many of you are likely familiar with the Google Hangouts app. Over the past few years, this app has been through various changes as Google seeks to reshape its G Suite platform.

With G Suite, Google has been able to tailor enterprise products around communication, collaboration, and video conferencing, with Google Hangouts often at the epicenter.

Undoubtedly, the constant reshaping of Hangouts has been the subject of confusion as Google continues to spin off new products with new names, branding and functionality.

You probably heard of Hangouts Meet, Hangouts Chat, Messages and Duo — all of them being Hangouts spin-offs offering users with messaging and video calling solutions at different levels. In order to keep Meet as competitive as possible, Google has been adding new features and improving existing ones with regular updates.

Sometime last year, we saw a massive update that added the ability to blur the background when in meetings. Google says this is aimed at minimizing distractions during meetings.

To help limit distractions during meetings, you can now blur the background of your video in Google Meet. When it’s turned on, Meet will intelligently separate you from the background, blurring your surroundings while keeping you clear and in focus.
Source

Below is a short video of the feature in action:

At the time of announcement, the search giant confirmed Google Chrome as the only supported web browser, promising expanded support to Chrome OS and mobile apps at a later time.

Going through the documentation, nowhere did Google mention support for background blur for Meet users on other web browsers such as Firefox, Microsoft Edge and Safari.

At launch, it will work on the Chrome browser on Windows and Mac desktop devices. Support for Chrome OS and Meet mobile apps will be coming soon, we’ll announce on the G Suite Updates blog when it’s available on those devices.

More than 5 months later, Google Meet users on Firefox are seeking answers as to why background blur is not supported on the browser yet Chrome is supported.

While there is no mention of support for Edge, a product expert in the forums claims the Microsoft browser is actually compatible with the background blur function.

The background blur effect in Google Meet also needs a number of requirements to be met, among them support for WebGL 2.0, which means Firefox qualifies. Granted, it looks like the ball is in Google’s court.

It remains unclear when to expect support for Google Meet background blur in Firefox, but what is clear is that there isn’t much Mozilla can do to address this issue. 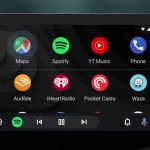