[Update: Possible fix found] MIUI 12.5 media controls stay in notification panel even after dismissing? Here's what you need to know

But along with all of the new features, optimizations, and bug-fixes, a new issue related to the notification panel has managed to tag along.

After the MIUI 12.5.1 update on redmi note 10 pro my playback notification from apps like Spotify and SoundCloud won’t disappear from the notification center. Even if I swipe, it reappears after a couple minutes.
Source

So a weird bug that I’m facing, is that whenever I play Spotify the media controls that we get on the notification bar..it doesn’t go away even after the app is closed.
Source

As clear from the above reports, the media notification doesn’t go away from the notification panel even after it is swiped away. Upon being dismissed, it pops right back up with the next unlock.

Some users have even reported that they get a blank space after swiping the media controls away which causes all other notifications to be pushed down.

MIUI 12.5.2 Stable Update Notification bug. After clearing a media playback notification such as Spotify, the following notifications look like this. Anyone else facing the same problem and is there a fix? from Xiaomi

This bug is reproducible with every app that plays media including Spotify and YouTube Music. The only way to properly dismiss the media notification is by rebooting the phone or by force closing the app associated with it.

However, the workaround is only temporary as the notification will pop right back up with the next audio playback session.

It is unclear when the issue is set to get fixed but a community mod has acknowledged its presence and is hopeful that future updates will resolve it:

Still, what we do know is that the MIUI 12.5 media notification issues are likely related to a new media playback notification behavior introduced with Android 11.

Media controls on Android 11 live in the shade as a persistent card no matter if the media app is running or closed. This has been implemented so that users can quickly control and even resume content without the need for opening up the app.

The only way to hide them is by holding them down (on stock Android) for a couple of seconds. This reveals controls to dismiss the notification. We were unable to verify if this works on MIUI 12.5 as well but you’re free to give it a go.

However, this toggle appears to be missing on MIUI 12.5. Perhaps, in time, it will get added and the media notification issues will get addressed. For now, stay tuned to our MIUI 12.5 bug tracker.

01:17 pm (IST): A fix is now in the works for the blank space issue after the media notification is dismissed.

01:44 pm (IST): A Redditor has now given out a possible solution for the issue. As it stands, the latest version of the MIUI Notifications app carries a fix. To download, head over to this link.

Do let us know in the comments below if the above APK fixes only the gap issue or both the gap and persistent notification issues. 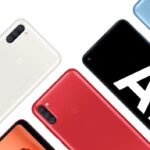 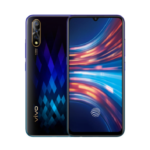