The Xiaomi Redmi Note 10 Pro may have been launched fairly recently but still came with MIUI 12 out of the box. And ever since its release, users have been waiting eagerly for news about the MIUI 12.5 update.

The poor device was not even included in the MIUI 12.5 beta program, even as several other devices including the likes of the Redmi K40 series that were launched along with it were.

We took this as a good sign in our previous coverage saying that the MIUI 12.5 stable update for the Redmi Note 10 Pro was so close that Xiaomi did not bother with the device’s inclusion into the beta program.

The complete changelog as well as the download link has been given below. You are free to flash the update zip through the Updater if you reside in India, although we doubt it will be installable for anyone other than the Mi Pilot Testers.

[System]
New: With custom device model adjustments, any phone becomes faster after the upgrade.
New: Response to gestures is now instant.
New: With 20 times more rendering power, there are now few limits to what you can see on your screen.
Optimization: MIUI became lighter, faster, and more durable.

[Notes]
New: Compose mind maps with complex structures.
New: New tools for doodling and sketching. New: Press and hold a sketch to adjust the strokes automatically.
New: A gesture shortcut now allows you to create notes, tasks, and excerpts anywhere.
New: Excerpts save text, URLs, and images to Notes in a few simple taps.
New: Dynamic layouts bring the typography in Notes to a new level.

But of course, if the Mi Pilot Testers have now bagged the update, a wider rollout shouldn’t be far off.

That said, if you happen to reside in a region other than India, then stay tuned to our dedicated MIUI 12.5 update tracker as we will be updating it with info for the remaining upcoming Redmi Note 10 Pro MIUI 12.5 regional updates.

04:55 pm (IST): The Xiaomi Redmi Note 10 Pro MIUI 12.5 update has now been released in Russia, download link for which has been given below. 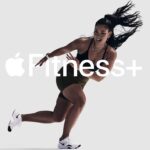 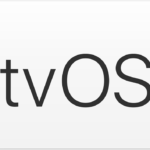